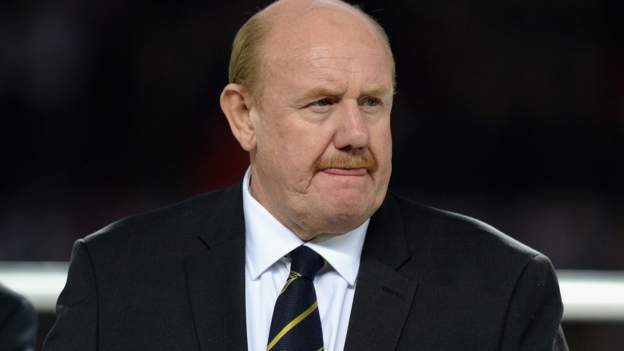 Brian Barwick is due to step down as National League president at the end of the current season.

Barwick, 66, informed the National League board of directors of his decision in February.

He faces a possible vote of no confidence with some clubs unhappy with the way the league has handled funding issues in the wake of the Covid-19 pandemic.

Some clubs are still in the process of deciding whether to bring a vote of no confidence against Barwick and the National League board for his handling of various controversies during the current campaign.

General manager Mike Tattersall resigned his post in December due to frustration over both the actual funding for the league and the allocation of National Lottery grants that were used to start the season in October.

All 66 National League clubs believed grant funding would continue throughout the season, but found in January that the government was only ready to offer loans from then on.

This sparked a number of resolutions, with the National League’s North and South Divisions deciding to declare the season null and void. However, this angered those who wanted to continue.

Further, the recommendations of an independent review, led by David Bernstein, on the allocation of initial grant funding were ignored, drawing a scathing rebuke from the former Football Association president.

“Since 2015, I think the competition has continued to grow in stature and profile, has sent strong clubs into the English Football League and has built a formidable and loyal set of commercial and broadcast partnerships,” said Barwick.

“Our 66 clubs remain the cornerstone of our competition and a vital part of their local communities – and that’s what makes our league so special.

“I also recognize how difficult it has been for many of our clubs over the past 12 months in the face of the unprecedented challenges posed by the Covid pandemic. “