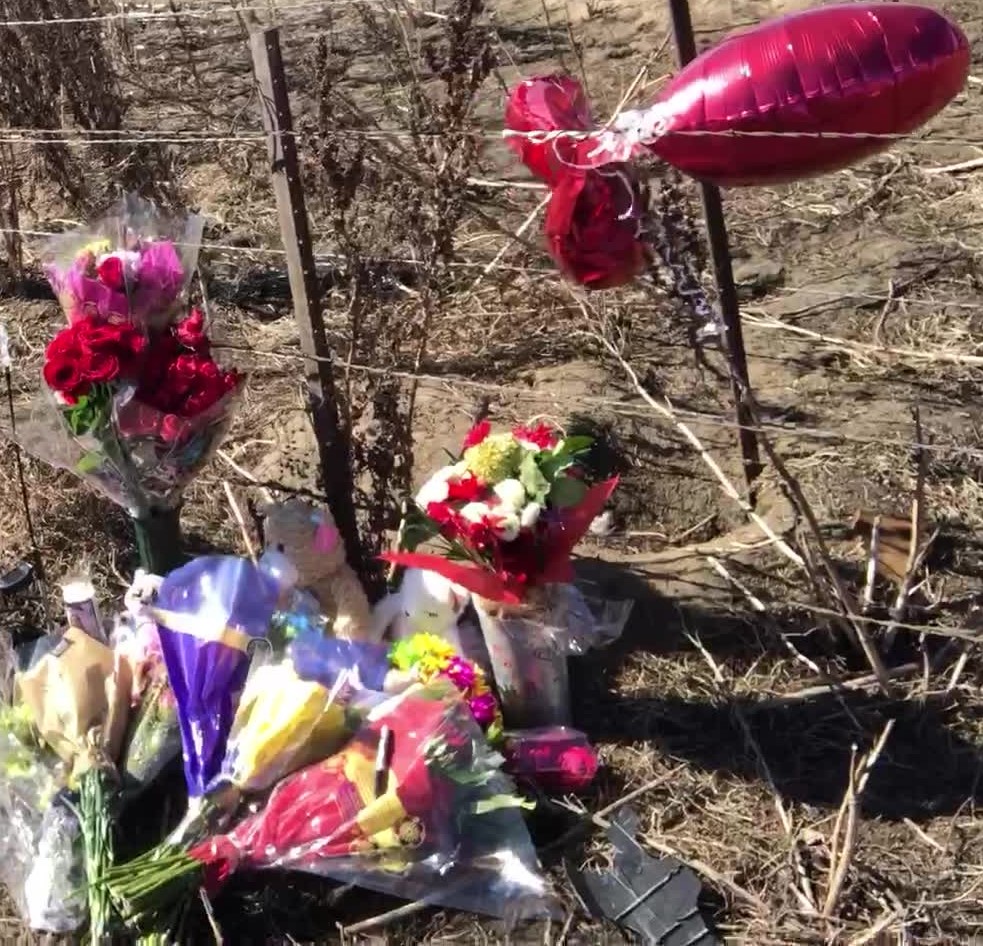 COMMERCE CITY, Colo. (KDVR) — Heartbroken loved ones sat down with FOX31 to remember the five teenagers killed in a Commerce City crash on Saturday and the three others injured.

Along the intersection of East 112th Avenue and Highway 85, relatives visiting a new memorial sprouting with flowers on Monday suffered pain.

The memorial sits next to car parts left at the scene of a fatal crash on Friday night which left three injured and five dead.

Police said it happened just before 9.30pm. Four people were pronounced dead at the scene and another died in hospital.

“Two of them were my nephews,” Ashley Hoffman said. “The oldest, he didn’t survive. The youngest, he did.

John and Joe Bledsoe are Hoffman’s nephews. She said they were passengers in the car with their friends on Friday night. John, 16, did not survive. Her 13-year-old brother Joe survived and is now fighting for his life in hospital.

Hoffman said there was a group of high school friends in the car celebrating one of their birthdays, and the parents heard they were planning to drive to get tattoos.

According to witness statements to police, a new model SUV was traveling south on the highway. 85. Another newer model SUV then turned west on 112th E. from 85 northbound and the two crashed at the intersection.

“It was just an unfortunate situation,” Hoffman said. “They should all still be here and that’s, that’s how quickly everything can change. I mean, every day is not a guarantee.

Hoffman created a GoFundMe page to help with his nephews’ burial and medical bills.

FOX31 has reached out to the creators of several other GoFundMes for the other teens killed in the crash. We are awaiting responses to confirm that these are indeed the correct pages to donate directly to loved ones.

This is news in development. Check back here for updates and details.