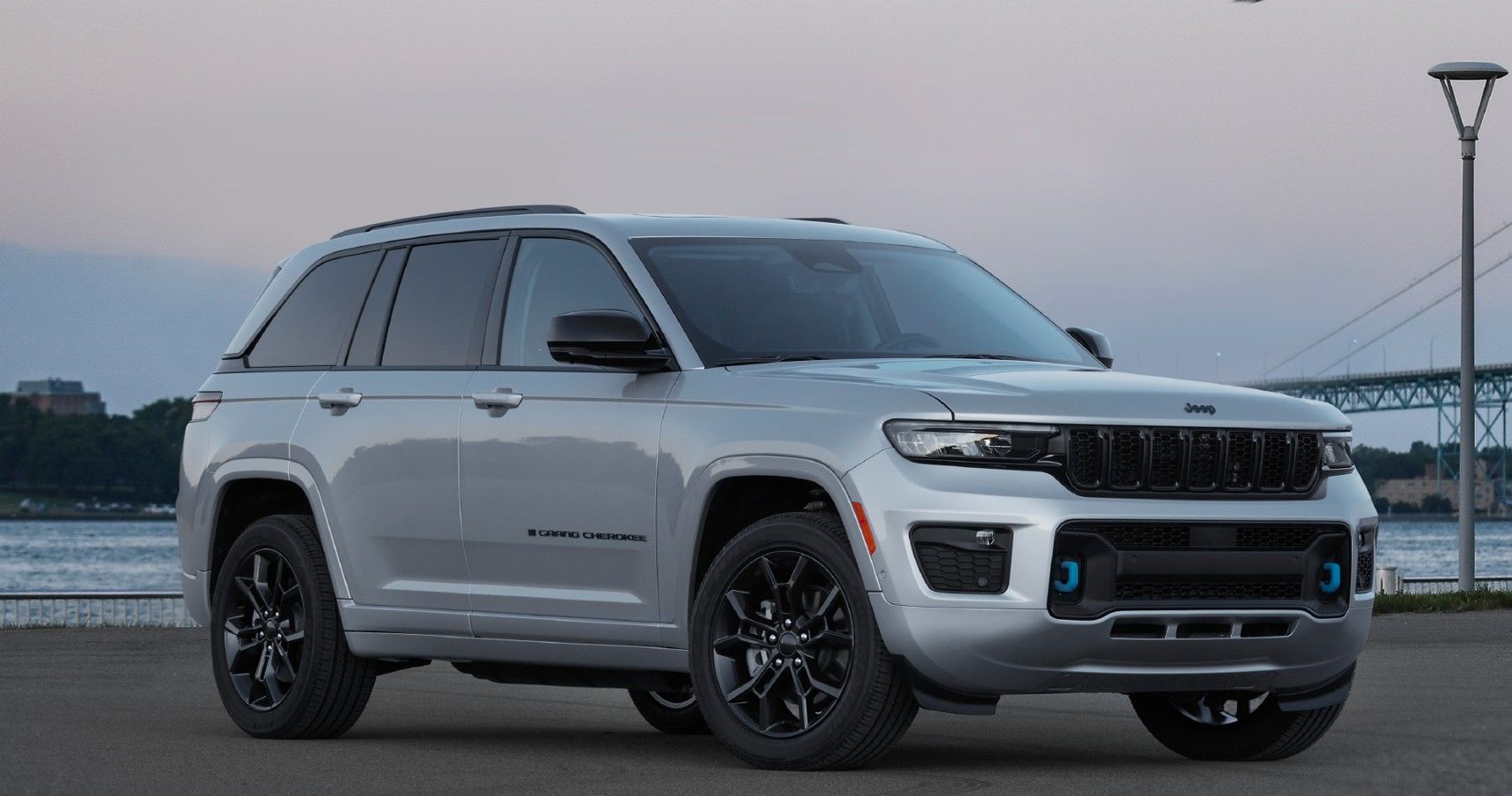 The Jeep Grand Cherokee, from its debut in 1992, lived up to the expectations of many American buyers, it was easily one of the best premium SUVs, and in its latest generation it continues to be. Jeep says it has sold more than 7 million Grand Cherokees worldwide, and the electrified plug-in hybrid 4xe model takes it several notches for a rapidly changing market.

With the new Anniversary Edition, Jeep wants to prove that the Cherokee won’t be leaving the market anytime soon; in fact, the goal is to be among the leaders in all-electric and hybrid SUVs.

The 30th Anniversary Special Edition Jeep Grand Cherokee 4xe doesn’t look radically different from the regular Cherokee 4xe, but there are some highlights that make it subtly stand out. There are blacked-out elements up front, dual exhausts, special edition badging, black 20-inch wheels and a double-glazed sunroof.

The Cherokee 4xe sports a bold look with sculpted surfaces; it is undoubtedly premium to look at and is by far the best looking on the market. The roof looks more tapered, and that’s a plus for the SUV’s overall aerodynamics – and it doesn’t come at the expense of cargo space and utility.

The large windows and the strong belt line below give the impression of a large greenhouse experience inside. The seven-slot grille is the widest yet, and behind the front fascia hides a long-range radar and a few other advanced features.

The long hood is set high – high enough to intimidate crossovers. It also gives the Jeep an elevated stance, which Americans love, right? The Jeep looks like it was built to ferry industrial bigwigs to their headquarters. Then there are the active grille shutters, air curtains, a lower roofline and vertical pillar spoilers at the rear.

There are plenty of premium materials inside. The front panel features slimline HVAC vents, a center console that’s been realigned for driver access, 10.1-inch digital displays, and a 10.25-inch interactive front passenger display. There is also a rear passenger entertainment system with built-in FireTV. The 16-way adjustable front seats have power lumbar support and memory, and backrest massage is offered for front passengers.

Along with the heated/ventilated seats, you also get three-level configurable controls for the first two rows. The SUV has a full suite of customizable LED lighting with day/night settings, as well as ambient lighting with a selection of five colors.

Related: 10 Reasons You Should Consider Buying The Jeep Grand Wagoneer

The hybrid powertrain can be adjusted by the driver to suit usage, whether it’s the daily commute to the office in purely electric mode or road trips involving motorways. Jeep’s Anniversary Edition does everything an SUV can do, all in near silence. The 4xe propulsion system is a combination of two electric motors, a 400-volt battery and a 2.0-liter turbocharged 4-cylinder engine that produces a combined output of 375 hp and 470 lb-ft of torque.

Paired to the engine, an 8-speed TorqueFlite automatic transmission ensures the best possible fuel efficiency. The 4xe Anniversary Edition manages an all-electric range of 25 miles, which isn’t bad for a hybrid. The engine is based on the Global Medium Engine family from the Stellantis group. Thanks to electric power steering and an electric air conditioning system, there is no load on the engine.

Don’t confuse the 4-cylinder engine with its small size, as the 4xe is fast and can sprint to 60mph in around 6 seconds – and that makes it faster than the model with the HEMI V8. He just rushes forward; don’t expect it to take off like a Ford F-150 Lightning. Turning the drive mode selector to E-Save reduces excessive engine noise.

Put it in electric mode and the Jeep will run on battery power only, but only to a certain extent. Push harder on the accelerator and the petrol engine fires up – much like the BMW i8 sports car then. But the transition could have been smoother. The Jeep is said to feel quiet, for the most part, thanks to the air suspension, and the steering isn’t too bad either.

Housing charity dealing with four evictions in Cork a day