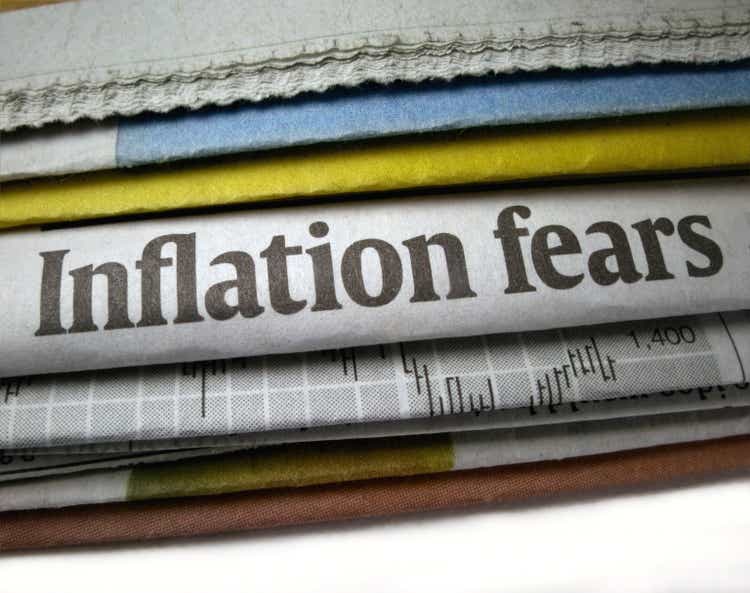 Final May results from the University of Michigan Consumer Surveys show that overall consumer sentiment continued to decline in the latter part of May. Composite consumer sentiment has declined to 58.4 in May, compared to 59.1 in mid-May and 65.2 in April. The end result for May is a drop of 6.8 points or 10.4%. The index is now down 42.6 points from the February 2020 result and the lowest level since August 2011 (see first chart).

Both component indices posted declines. The current economic conditions index fell to 63.3 from 69.4 in April (see first chart). This represents a decline of 6.1 points or 10.0% for the month and leaves the index with a decline of 51.5 points since February 2020 and puts the index at its lowest level since March 2009.

The second sub-index – consumer expectations, one of AIER’s leading indicators – lost 7.3 points or 11.7% for the month, falling to 55.2 (see first chart). The index is down 36.9 points since February 2020 and is at the second lowest level since November 2011.

All three indexes are close to or below the lows seen in four of the last six recessions.

According to the report, “This recent decline was largely due to persistent negative views on current home and durable goods buying conditions, as well as consumers’ future outlook for the economy, primarily due to concerns about inflation”. However, the report adds, “At the same time, consumers expressed less pessimism about future prospects for their personal finances than about future business conditions. Less than a quarter of consumers expected worse financial circumstances in a year.” Further, the report states: “Over the long term, a majority of consumers expect their financial situation to improve over the next five years; this share is essentially unchanged in 2022.” The takeaway from the report, “A stable outlook for personal finances may currently support consumer spending. Yet lingering negative views on the economy could end up dominating personal factors in influencing consumer behavior in the future.”

The trend of weakening consumer attitudes reflects a confluence of events with inflation leading the pack. High and persistent price increases affect consumer and business decision-making and distort economic activity. Overall, economic risks remain high due to the impact of inflation, the start of a Fed tightening cycle, the Russian invasion of Ukraine and the new lockdown in China. The rise of negative political ads in the run-up to the midterm elections could also weigh on consumer sentiment in the months ahead. The overall economic outlook remains highly uncertain.

Editor’s note: The summary bullet points for this article were chosen by the Seeking Alpha editors.