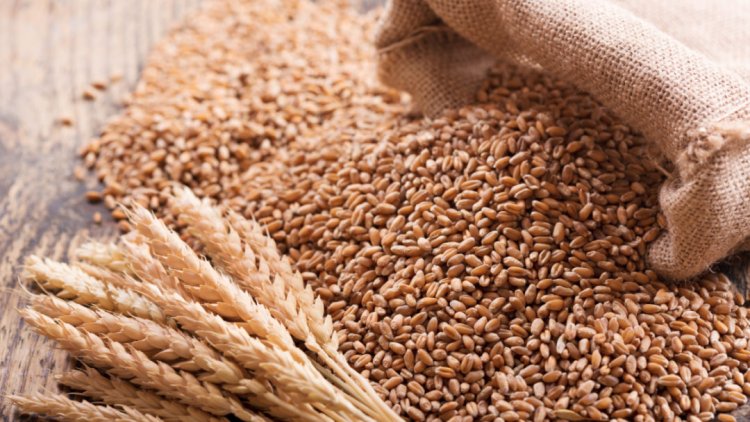 Iran is due to purchase a record 8 million tonnes of wheat in the current season, Iranian industry sources said after its domestic crop was hit by drought.
However, the surge in imports will coincide with high grain prices around the world and put further strain on the country’s finances, Reuters reported.
Bread is a staple food in Iran.
Iran’s economy has been hit hard by sanctions imposed by the former US administration as well as the Covid-19 pandemic, making it difficult for Iran to pay for food and medicine.
The higher freight rates add to the challenges facing President Ebrahim Raeisi’s new administration.
The sharp increase in wheat imports, averaging around 1 million tonnes annually over the past five years, is necessary to ensure the bread supply, as Iran’s wheat harvest is expected to be around 30% lower. % this year, said industry sources familiar with the matter. .
The country suffered its worst drought in 50 years during the 2021 growing season, prompting international trade sources to raise their import expectations.
Kaveh Zargaran, chairman of the Grain Supplying Association of Iran, a trade body whose members are involved in importing grains, told Reuters that the country will need to import around 8 million tonnes of wheat during the fiscal year in course (March 2021-22). He said around 2 million tonnes had already been unloaded at ports across the country.
Ferial Mostofi, chairman of the Center for Investment and Advisory Services at the Iranian Chamber of Commerce, said the country’s overall wheat harvest was estimated at 10-11 million tonnes, below the annual average of 15 million tonnes.
“This drastic level of increase in wheat imports will impact and severely limit Iran’s ability to import other commodities as widely as in previous years, including soybeans or corn,” Mostofi said. .
Comments from Iranian trade show the situation is more serious than indicated by current crop forecasts for Iran from bodies such as the US Department of Agriculture and the International Grains Council.
The USDA currently predicts Iran will import 2.5 million tonnes of wheat in the 2021-22 season while the IGC estimates imports will total 2.4 million tonnes.
Iranian government officials did not immediately respond to requests for comment.
Mohammad Javad Asgari, deputy head of Iran’s parliamentary agriculture committee, said in July that the country is facing a shortage of wheat this year and will need significant imports of other crops such as corn, soybeans and other crops separately. barley.
Asgari, quoted by the Mehr News Agency, said Iran would need to import 5-7 million tonnes of wheat.
Iran will buy at a bad time, as global wheat prices hit their highest levels since 2013 in August.
The high prices reflect global food security concerns, fueled in part by the economic hardship caused by Covid.
The International Grains Council forecasts a global deficit for the current 2021-22 season (July / June), which will lead the world to consume more wheat than it produces, leaving less in stock at the end of the year.
“There is no reason to be concerned about the supply of wheat as an essential commodity because supplying such commodities is a fundamental problem for the government and it has started to take strong measures in this regard,” he said. Agriculture Minister Javad Sadatinejad told state media in September.

In recent weeks, Iran has bought up to 240,000 tonnes of wheat from Russia, according to trade sources.
The United States has repeatedly said food and medicine shipments are free from sanctions, but the caution of international banks makes it difficult to secure Western trade finance.
“Although the United States says importing humanitarian goods is acceptable, foreign exchange shortages are hurting,” an Iranian financial source said. “We are under a lot of pressure. “
Iran plans to increase its wheat purchases from Russia using only a small fleet of ships that operate in the Caspian Sea, Interfax news agency reported on September 10, citing Iranian Ambassador to Russia Kazem Jalali. .
Russian wheat exports to Iran reached 2.4 million tonnes between July 1 and September 27, agricultural consultancy firm Prozerno said in a recent memo.
The amount exceeds supplies of Russian wheat to Iran for the entire 2020-21 season, when 1.4 million tonnes were exported, Prozerno added.