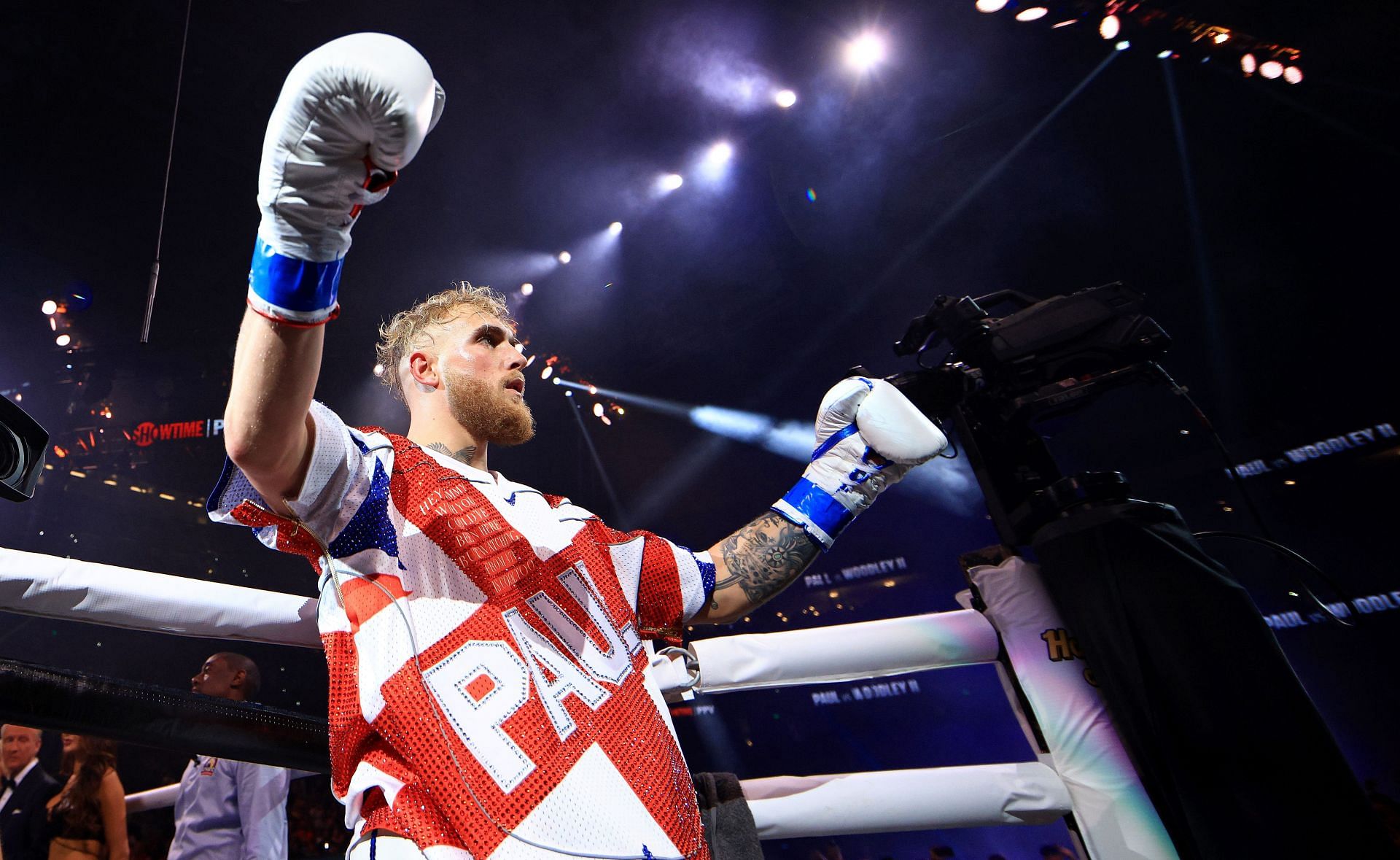 Jake Paul has reached the heights of success in 2021, whether inside the boxing ring or in the realm of promotion. In a recent social media post, Paul reflected on all that Most Valuable Promotions achieved in 2021. Thanking his manager Nakisa Bidarian, he revealed that the MVP team was just getting started.

“The Problem Child” hailed MVP as the best platform for any athlete or artist to represent. Paul gave fans a better look at MVP’s success on his Instagram story:

“What was done this year in boxing has never been done before and will never be done again. From the business side to the cultural impact and historic knockouts. I want to thank my Advisor/Business Partner/ manager Nakisa Bidarian [BAVAFA Sports] for being my partner in crime this year and helping stave off the unthinkable. For any athlete/fighter/even musical artist, the best place to be represented right now is [Most Valuable Promotions]. And we’re just getting started. We have the secret crab cake formula.”

This comes shortly after Paul made a list of the highest earning YouTubers in 2021, according to Forbes.

He came in at No. 2 on the list, having earned $45 million. MrBeast (Jimmy Donaldson) took the top spot on the list with record earnings of $54 million.

In a later post on his story, Paul brought his fans’ attention to a possible fight between Amanda Serrano and Katie Taylor in an attempt to prove his point. The Cleveland native reposted a Tweeter it hinted that a massive fight between the two was in the works.

In a recent social media post, Paul continued to blast UFC President Dana White for his dealings with Francis Ngannou. His latest scathing attack on the UFC supremo came following Ngannou’s recent comments about the status of his contract.

“Give this man what he wants Dana. Such a great company to part with…I have something coming soon…”

In fact, “The Problem Child” recently gave fans a look at his recent MMA training. It comes after Paul challenged Dana White to let him face Jorge Masivdal in an MMA match by signing a one-fight contract with the UFC.

Day 1 practice kicks. Doubted every step of the way.. but kicking down the doors of the doubters. @bellatormma @pflmma

Day 1 practice kicks. Doubted every step of the way.. but kicking down the doors of the doubters. @bellatormma @pflmma https://t.co/pA1gkCrdzE