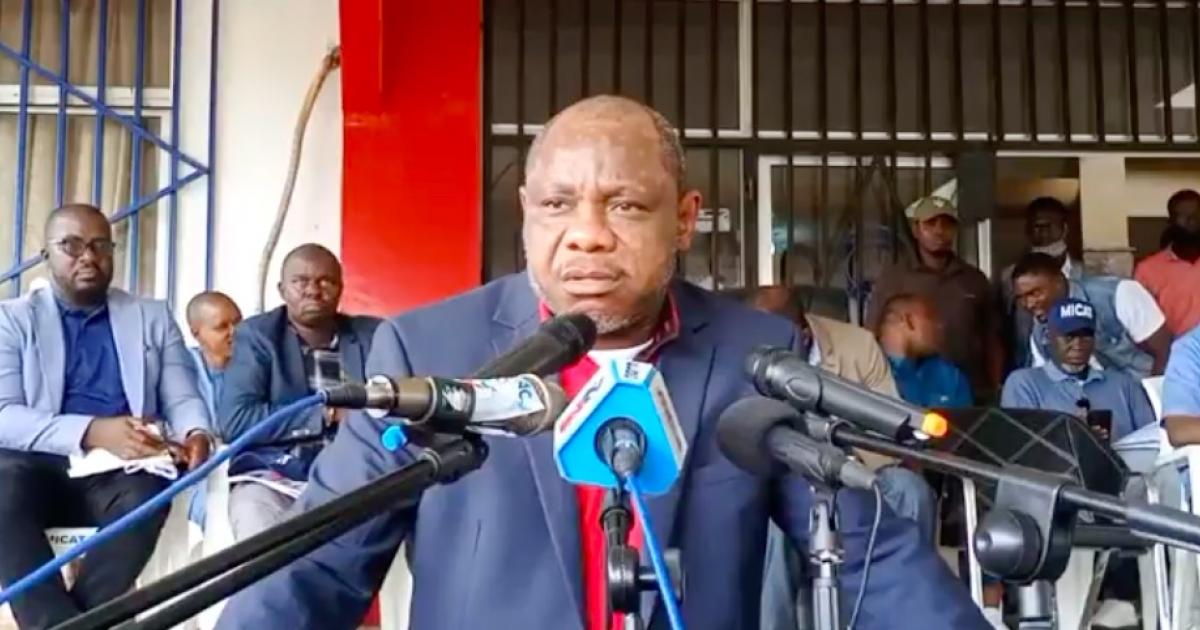 As far as it appeared, according to critics, the recent official weekly press conference of the Ministry of Information, Cultural Affairs and Tourism (MICAT) was a publicity stunt intended more to allay growing public concerns about the state of the country’s economy and the general feeling of growing insecurity.

Information Minister Ledgerhood Rennie led the charge, attacking those described as detractors who consistently fail to recognize this government’s accomplishments. He categorically dismissed public concerns about the increase in ritual killings, saying such lies are also being propagated by critics of this government.

For a Liberian information minister, such remarks were by no means surprising; they were expected. He was followed by Finance and Development Planning Minister Samuel Tweah, who dropped a bomb that apparently went unnoticed by the general public. Liberia, he said, is feverishly preparing the celebration of the bicentennial of the landing on Providence Island (Dozoa) of the first batch of former slaves of the United States of America.

He further stated that these were the signs indicating this government’s desire to encourage the US government to accept Liberia as 51st State of the United States of America. According to a civil society activist, the minister’s words were completely improvised, suggesting a slap in the face of these brave men and women who took a leap of faith by leaving their native land and founding this nation.

They made the conscious and deliberate decision to declare independence rather than opt for an American state. Obviously, mistakes were made along the way, but a sense and spirit of nationalism had developed that made such thoughts and considerations about the American state virtually unthinkable. This regardless of the fact that Liberia’s survival as a state would not have been possible without the official support of the US government.

So while most Liberians generally have a favorable disposition towards the United States, that does not mean that most Liberians aspire to become the 51st State of the United States of America, as Minister Tweah seems to suggest. Most Liberians prefer a free and independent Liberia capable of providing a decent and sustainable livelihood for its citizens and defending itself in the courtesy of nations.

According to several civil society activists this newspaper has spoken to, this is simply a ploy by Minister Tweah to distract public attention from failing economic policies under a government so deeply mired in corruption. . But such false promises of a US state for Liberia could eventually lull the people into a state of appeasement, but only for a short time, if at all, given the worsening economy.

During the press conference, Finance Minister Tweah told the Liberian people that when George Weah was elected president, the international community withdrew its aid to Liberia. But facts reflected in a document released by the Aid Management and Coordination Unit of the Ministry of Finance and Development Planning show that Liberia received US $ 554 million in 2017/2018 and US $ 584 million in 2017/2018. US dollars in 2018/19. But, unfortunately, this government did not provide a report on donor funds donated in 2019/20 and / or 2020/21, making it difficult for an ordinary person to find reports on funds donated in Liberia.

In addition, in 2019, this government withdrew the Central Bank’s 2018 annual report from the Internet, presumably because the report indicated that the government’s shortfall was $ 200 million, the biggest shortfall in the area. revenue collection.

Minister Samuel Tweah said the writer Mr Zaza was unprofessional and reported figures that were far from the facts. But the facts reflected in the CITIZEN BUDGET released by the Ministry of Finance show that out of a total of US $ 3.6 million disbursed under corporate social responsibility funds to these counties in 2016/2017, Firestone Liberia alone amounted to US $ 2.5 million. Considering this, Mittal Steel could not have paid US $ 3 million.

Either way, the government of Liberia appears to be fostering a culture of non-transparency in its dealings with ArcelorMittal by agreeing to and committing to a nondisclosure clause in the agreement. This encourages the spread of rumors arising from the belief that “Kro-Kro-Gee” arrangements are involved, otherwise why include a nondisclosure clause that seems to have no rational explanation?

In his remarks, Minister Tweah said it is time to change the so-called false narratives, which he says haunt and harm this government. But Minister Tweah should realize that the very conduct of this government officials continues to give way to new accounts of official theft and apparently entrenched corrupt practices.

The creation of a new narrative calls for unrestricted access to public officials, public documents, etc., and unflinching tolerance of public criticism and freedom of expression. Above all, the government must always tell the people the truth if it is to generate public confidence, respect and support for its policies. It’s to set the record straight.

Hot market and value collide when it comes to buying vehicles