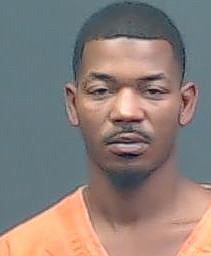 Darell Montrell Trotter, 32, was taken into federal custody on February 23 for possession of more than 400 grams of fentanyl with intent to distribute and carry a firearm in connection with a trafficking offense. drug. He appeared with Arlington, Texas, attorney Gerald Smith for a detention hearing Tuesday afternoon before U.S. Magistrate Judge Caroline Craven at the Federal Building in downtown Texarkana.

Josiah Lemelin, an officer with the DEA’s drug task force, said Trotter’s home had been under surveillance for more than a month when a search warrant was executed around 6 a.m. on December 14. Interviewed by Assistant U.S. Attorney Jonathan Hornok, Lemelin said Trotter told officers they could find drugs under the kitchen sink and let them know there was a 12-gauge shotgun hidden behind it. a television cabinet.

“We prevented more dead bodies by seizing the fentanyl that day,” Lemelin said. “Fentanyl pills are the most dangerous. They are the one causing all the deaths in the country right now.”

Lemelin testified that the pills seized from under Trotter’s kitchen sink were colored blue and stamped to look like real pharmaceutical oxycodone pills.

Oxycodone is an opioid used to treat pain. Fentanyl is more potent than morphine and typically used in surgical settings or to treat pain in terminally ill patients.

Lemelin testified that pharmaceutically produced pills contain a specific amount of a drug, while counterfeits contain varying amounts. According to the DEA website, four out of 10 fentanyl pills contain a potentially lethal dose.

“They can’t know how much fentanyl is in the pills they sell,” Lemelin said. “They all look alike.”

Lemelin also noted that when a person is prescribed medication, their doctor considers age, weight, gender and other factors to determine the appropriate dose.

About 30 Trotter supporters filled the small courtroom. At the start of the hearing, Smith asked anyone willing to act as a third-party custodian for Trotter to raise their hands, and all supporters did. A third party custodian is usually someone who lives with a defendant, agrees to notify the court of any violation of the release conditions, and will make sure the person appears in court.

When questioned by Smith, Trotter’s girlfriend, brother, and a man who pays him to shoe horses testified on his behalf. Smith argued that Trotter was not a flight risk or a violent person and that three firearms seized in December did not belong to Trotter and were not used in any alleged drug dealing.

Hornok noted Trotter’s earlier conviction in Arkansas for evading arrest, which involved car speeds over 100 miles per hour and a domestic violence arrest report which, according to Trotter’s girlfriend , included false claims of punching and choking.

Hornok urged Craven to keep Trotter behind bars while his case is pending.

“The next pill he sells might kill someone,” Hornok explained. “He sells them directly to the people of Texarkana.”

Craven thanked supporters who attended the hearing, describing Trotter as “very lucky” and “very blessed” to have them. The judge cited Trotter’s history of recklessness, violence and substance abuse, as well as the nature of the allegations when announcing his decision to detain him.

Trotter faces life in prison if convicted of possession of fentanyl with intent to distribute more than 400 grams. If convicted of carrying a firearm in connection with a drug trafficking offence, he faces a minimum of five years and a maximum of life in prison. Any sentence imposed must be served consecutively to any sentence for the underlying offence.

Viewpoint: As inflation continues, now is the time to optimize e-commerce shipping