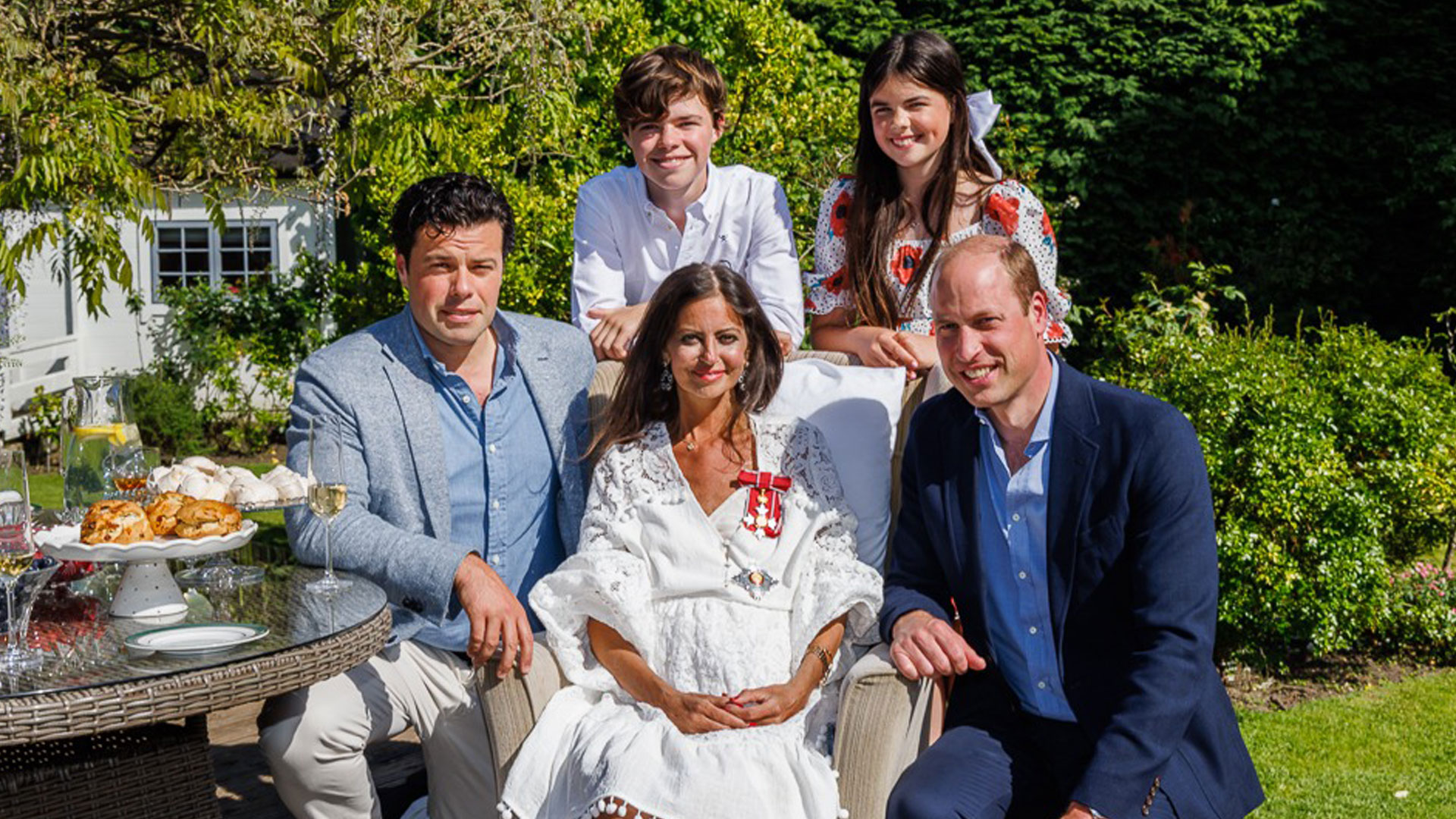 PRINCE William has given Deborah James’ children ‘powerful advice’ to deal with his ‘similar grief’ for his mother Princess Diana.

In the last seven weeks of her life, she achieved more than most of us in a lifetime, raising a staggering £7.4million for charity and winning the hearts of the nation.

During her last days, she was made a Dame and invited the Duke of Cambridge to tea.

The Duke, 40, who lost his own mother Princess Diana when he was just 15, gave Deborah’s two children, son Hugo, 14, and daughter Eloise, 12 , “powerful advice” for coping with mourning, according to Sébastien.

Husband Sebastien, 42, also joked that Deborah was ‘triple parked’ when he came to visit – as Debs had a glass of wine, a glass of champagne and a glass of sherry in front of her.

Describing the visit, Sebastien said Wills “felt like a friend, but he was the future king” and was “so relaxed”.

Sebastien said: “He obviously went through similar grief with the loss of his mother, so he gave powerful advice to the children who will stay with them forever.”

In an exclusive interview with The Sun last week, Sebastien told how “proud” he was of his wife before she “vanished”.

He said: “I told her how much I loved her, that I would take care of the children and the last thing I said to her was that I was so proud of her. Then she slipped away.

“She had an incredibly peaceful death, if there was a way to die well, then she succeeded.

“At the very end, it was quite witty.”

Although she couldn’t walk without help, Deborah found the strength to launch a clothing line, she designed charity t-shirts to raise an extra £1million for her BowelBabe fund and managed to complete her second book, How To Live When You Should Be Dead – all in his final weeks.

In a touching interview with The Times, Sébastien told how his son Hugo, 14, brushed his mother’s hair, while Eloïse, 12, went to get him drinks.

He said Deborah was no longer able to do simple tasks like fetching food from the kitchen or “cleaning herself or getting dressed”.

And the father-of-two said his wife had become ‘so weak’ and ‘frustrated’ because she had been ‘fiercely independent’.

He told The Times: “She was paralyzed from the waist down and faced a psychological battle from the reality of her new disability.”

Sebastien said it was his late wife’s “inner strength” over the past few weeks that has enabled the couple to still experience “some of the most breathtaking and magical days of both of our lives”.

The banker stopped working to spend as much time as possible with Deborah after she stopped active treatment and started receiving end-of-life care.

He recounted how he slept next to her and held her hand for two days before she died, adding that she “wasn’t really there”.

“On [the] On Tuesday, her eyes opened and she came back into the room for a moment,” he explained.

“And then she was gone in 15 minutes, with her sister, mother and father also surrounding her.”

Dame Debs shared her journey with the world, in her Sun Things Cancer Made Me Say column, on social media and on her BBC podcast.

Deborah, a former assistant manager, was diagnosed with bowel cancer in 2016, before starting a You, Me and the Big C podcast to raise awareness about the disease.