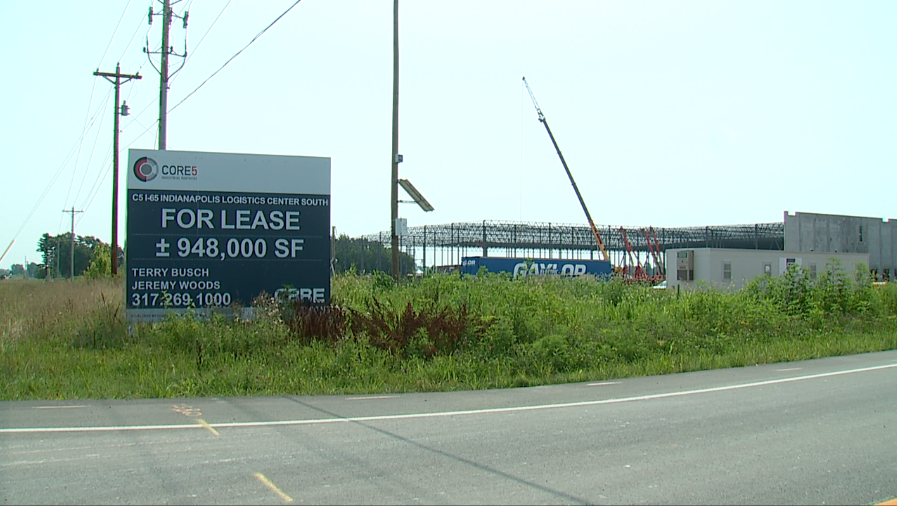 FRANKLIN, Ind. – Several owners just outside the city limits of Franklin are asking for more separation between their properties and are planning to expand a large business park near I-65.

Sunbeam Development Corporation is asking Franklin City Council to approve the annexation and rezoning of 56 acres near the SR 44 and I-65 interchanges. The newly acquired land would be in addition to the 491 acres already planned for Sunbeam’s I-65 Business Park, not far from the developer’s Franklin Technology Park.

If annexation and rezoning are approved, several owners of the neighboring Nyberg housing estate fear the development will bring unwanted noise, light and traffic to their rural neighborhood.

â€œWe’re used to seeing stars instead of warehouse lights,â€ owner Melody Miller said. “None of us are so naive to think that this development is not happening, but I think there must be special consideration for the families who have been here for so long.”

The current plan presented to Franklin City Council on Monday evening includes several measures designed to create a separation between the development and the owners. These include a five-foot-high mound with two rows of trees to block out noise and light. The trees would be planted at the top of the mound and along the property lines. The mound would be two feet taller than the three feet required by Franklin’s zoning rules.

Still, Miller and several neighbors fear that a five-foot mound might not be high enough to block noise and light from the light industrial park.

â€œWe were just hoping for some kind of big berm to maybe hide some of the noise, the lighting,â€ she said.

At the same time, Barnett stressed that Sunbeam’s development is expected to create hundreds of new jobs for Franklin as more companies move to the park.

â€œThey’re going to invest over $ 350 million in this area over the next five to ten years, so I think for the city of Franklin it’s the right thing to do,â€ he said.

Barnett also pointed out that Sunbeam has agreed to keep commercial park traffic off neighborhood roads, and development will be kept a minimum of 25 feet from owners’ properties.

Miller said if Sunbeam agreed to build a higher berm, perhaps as high as 15 feet, she and her neighbors would feel much better with the development plans.

“It would give a sense of peace knowing that at least we would be able to have some kind of normalcy when it comes to a residential and rural setting,” she said.

Barnett said further discussions on the details of the plan are still pending, but there is no way of knowing what the outcome will be.

â€œSunbeam is doing great, and they are worried about the owners, and they don’t want to take the fun out of life from them,â€ he said. â€œIn two weeks, we have a board meeting that’s open to the public, and that’s when this discussion will take place. “

The annexation and rezoning proposals are expected to be presented to city council on Monday evening. A vote is expected on August 2.