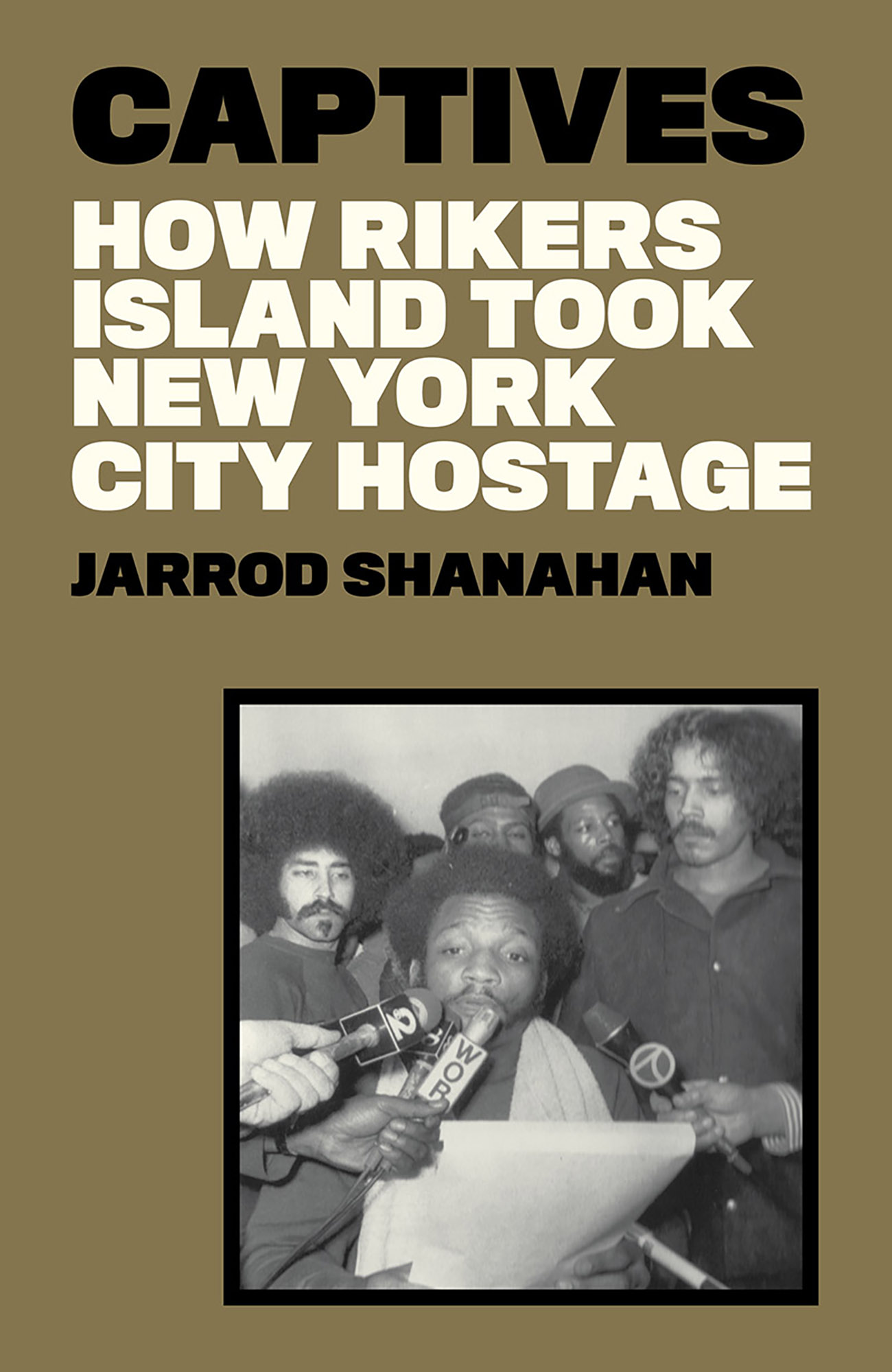 When Johnny Cash performed for the inmates of San Quentin Prison in 1969, he wrote a song especially for the occasion. The opening lines ask why prison exists and what good it could possibly do for those imprisoned there or for society as a whole. His last verse ends, to thunderous applause:

San Quentin, may you rot and burn in hell
May your walls fall and may I live to say
Let everyone forget that you ever got up
And may the whole world regret that you did nothing good.

At the time, the song was considered naive complacency. This was still the time when liberal scholars and politicians believed in “penal welfarism,” that American prison institutions could be turned into something better than the torturous dungeons described by Cash. A notable example was the planned expansion of Rikers Island in New York from a small prison labor camp to a state-of-the-art human rehabilitation facility. Jarrod Shanahan Prisoners, the earliest Rikers history written in what may be its final years, explains why the project failed, why renewed incremental efforts to replace facilities like Rikers today will fail again, and why Cash was likely right.

The book opens with a 1954 uprising by inmates at New York’s House of Wives (HDW) – one of many riots depicted in the visceral detail with which Bill Buford depicts street brawls between footballers and hooligans. . Among the thugs. The chants and miniature facility-wide arson attacks alerted passers-by in Greenwich Village, and eventually the sympathetic ears of the media, as well as newly appointed Department of Corrections (DOC) Commissioner Anna M. Kross . For her, the ostensibly dangerous and unsanitary conditions of HDW were emblematic of the 18th century prison system that she had been tasked with modernizing. Declaring that the old prisons could not be reformed, Kross announced that a new central prison, designed by humanitarian scholars and run by psychologists and social workers, would replace them on Rikers Island. Arriving inmates would be assessed, classified, referred to the right kind of expert, and assigned to a program based on the kind of help they need to leave the facility as a productive member of society. It would be a model for the future of prisons, which would look more like social emergencies than warehouses for overcrowding. When completed, she believed, Rikers would be the pride of New York.

A first sign of trouble for Kross’ plan came a decade later. With a new women’s prison being built on Rikers, HDW has once again been rocked by scandal. Peace activist Andrea Dworkin posted an exposé of the horrors of daily life inside HDW, seemingly unabated since the 1954 riot. This time Kross’ DOC was less sympathetic and new voices raised to defend his work: the various religious, student, and activist nonprofits and NGOs that Kross had brought into the facility as part of his plan to fight prison control away from the cruel and apathetic correctional officers . Instead of taking a strong stand against the brutality, religious leaders and representatives of the Women’s Prison Association and the Society for Ethical Culture claimed that Dworkin was exaggerating or lying.

Despite the important advocacy work that these groups often do for inmates, observes Shanahan, these non-profit organizations operate at the whim of the administration of the institution and are therefore unwilling to effectively challenge the daily cruel and unusual incarceration. “Ultimately,” he writes, “these nonprofit organizations have no choice but to facilitate the perpetuation and expansion of prison institutions, lending them ideological cover and practical support under the auspices of good deeds”.

At their highest levels, argues Shanahan, corporate-funded prison reform NGOs like the Ford Foundation and the Vera Institute for Justice hope to reshape prisons so that they can be effective institutions of social engineering: criminals would be turned into docile workers for industries experiencing shortages.

But even as their influence within the penal bureaucracy grew, the visions the NGOs shared with Kross were blocked by the paramilitary power of the real authority in city jails: the guards. Supported by a new grassroots right-wing movement called Support Your Local Police (SYLP), the rangers have reinvented themselves as soldiers on the front lines of a war against urban riots, street gangs, crime, drug addiction and poverty. revolutionary struggle. Trials for police or guard brutality were met by SYLP activists and swarms of off-duty cops and guards in impressive and often violent demonstrations of solidarity. Eventually, the police and guard unions coalesced into a separate Coalition of Uniformed Forces, a far-right labor bargaining group made up of the NYPD, FDNY, housing police, and prison guards — who were often ostensibly armed – who negotiated separately from other city employees.

A final nail in the coffin of the welfarist penal dream came with the fiscal crisis of the seventies. Years before New York City went bankrupt, inmates were the first to suffer severe cuts in wages, services, work programs, food and basic sanitation. Hulled from their original plans, the new Brutalist Rikers cell blocks were filled with an increasing number of bunks to cope with the skyrocketing arrests throughout the crumbling city. In the mid-1970s, politicians like Ed Koch ran television ads showing empty prison beds he had promised to fill once in office. Within just a few years, it emerged that it was Kross, not Cash, who was naïve.

Victorious against plans to replace them with social workers, the guards treated the expanded Rikers as their island stronghold. Subsequent attempts by the DOC or the judges to limit their power through oversight or humanitarian reforms have been met with increasingly bold wildcat strikes. Shanahan describes the most dramatic of these actions, the 1990 seizure of the bridge at Rikers by dozens of drunken corrections officers determined to brutalize anyone who tried to cross, even paramedics. The blockade starved the inmates to the point of another desperate riot, which was in turn quickly put down by indiscriminate beatings.

Contradicting a position commonly taken by prison abolitionists, Shanahan argues that cops and wardens are indeed workers, but workers with a uniquely reactionary worldview resulting from their profession, in which human lives are treated as raw material. first. As was often the case with such protests, the central demand of the bridge blockade was an end to all control over how and when they inflicted violence. The bigotry that terrified New Deal-era bureaucrats like Kross was now perfectly suited to the disciplined neoliberal economic restructuring of the 70s and 80s. urban decay instead of the real culprits, the finance, insurance and real estate (FIRE) tycoons pushing slash and burn austerity.

Shanahan, a former Rikers inmate, seems delighted to interrupt his account of the horrific relationship between the city, the guards and the judges with gripping tales of escapes and prisoner uprisings. In one, a man with a broken leg leaves his cast behind as a decoy to make it look like he’s still in bed. In another, Puerto Rican revolutionary William Morales, his hands and eyesight destroyed by a faulty explosive, falls from a Bellevue Hospital window into the arms of his comrades, who evacuate him to Cuba, where he still lives today. today. Uprisings, on the other hand, do not produce such happy results. And yet, every dozen or so pages, they continue to occur – a chilling testament to the intolerance of everyday conditions.

Keeping the work historical, there is only a brief mention of the movement against Rikers today. The #CLOSErikers coalition was formed in 2016 when the stories of Kalief Browder, who took his own life aged twenty-two after spending two years in solitary confinement for allegedly stealing a backpack, and later Layleen Polanco, a transgender woman who died of a solitary seizure in 2019 – new condemnation of Rikers’ use of torture. With funds from the Ford Foundation, the coalition succeeded in getting the city government to pass a plan that would move Rikers inmates to four new “community jails”—described with all the optimism with which Kross had imagined Rikers.

But a significant part of this coalition was made up of abolitionists. Calling themselves No New Jails NYC, they broke from the plan with a counter-proposal: that the eleven billion dollars for the new facilities would instead be spent on social programs that would reduce the underlying causes of crime. They agreed Rikers should be shut down, but insisted it be replaced with nothing. In the wake of the Movement for Black Lives, the position that prisons just don’t work moved closer to popular consensus within the progressive left. Nevertheless, it was called naive, even inhumane, by NGOs supporting the new prisons, even those that had adapted the new popular language of abolition.

The struggle to control Rikers, writes Shanahan, is a struggle for the city itself. If so, it would appear that the city is run by a fluid alliance of NGO leaders, city bureaucrats, police officers and corporate lords, bound together, despite their sometimes competing interests, by the belief that prisons should continue in perpetuity. If he does not go so far as to offer an abolitionist program in Prisonershis Rikers story convincingly demonstrates that there is no logical alternative to the horrors of prisons and jails than to break with the social order they represent.