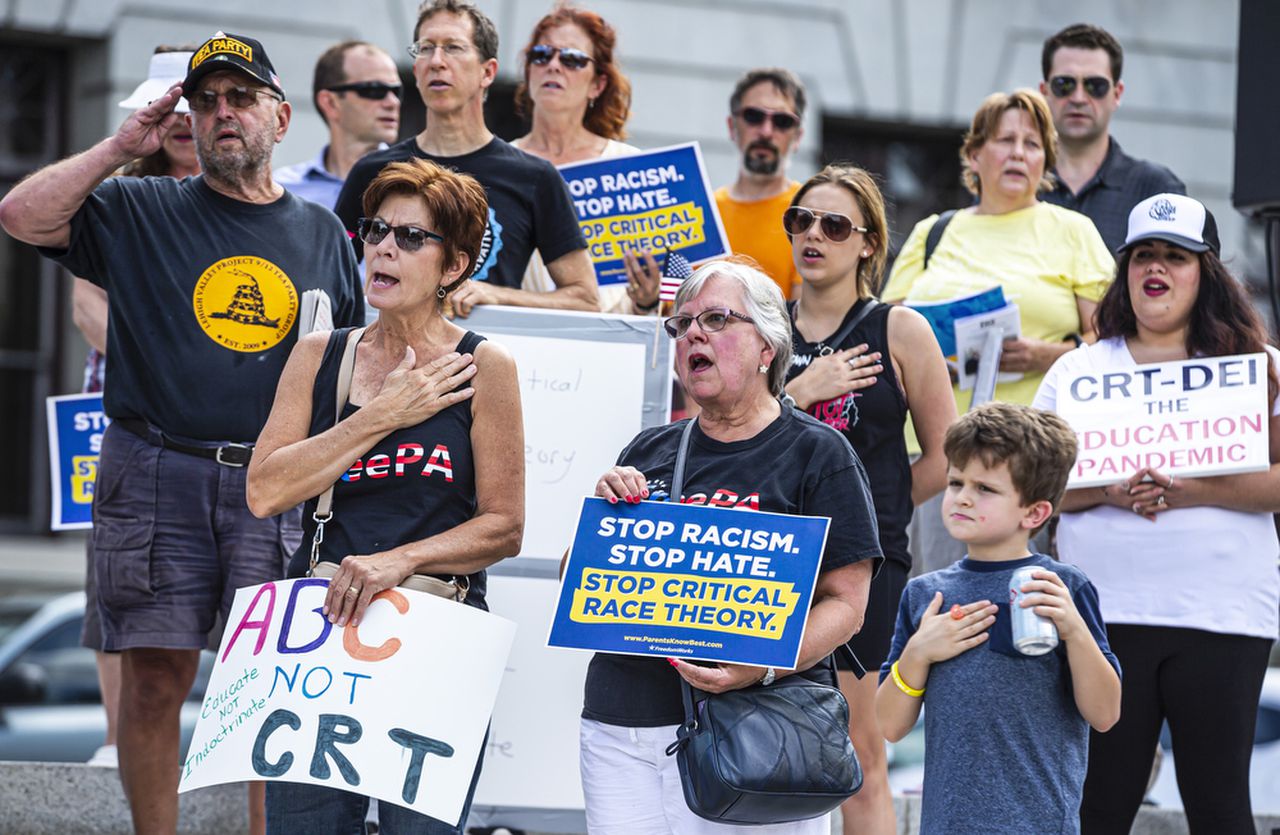 The vitriol against “critical race theory” rages on.

Go back to May 25, 2020. A nation watched a white policeman in Minneapolis stare at onlookers while stifling the life of a helpless black man, with the cheeky assurance that he could get away with it. It was such a vile act that we couldn’t look away; an act that clarified, once and for all, the systemic racism in our country.

George Floyd’s death sparked nationwide protests. Millions of people took to the streets. For the first time, a significant number of whites have joined with their black compatriots in lobbying lawmakers to pass laws to protect them and hold those who commit such acts accountable.

The first anniversary of Floyd’s untimely death has passed. The momentum has died down. Much remains to be done in the effort towards real reform. To add insult to injury, parents in several states continue to struggle to cover up the truth about discrimination in our country. They claim it creates “race wars” and “indoctrinates” our children.

Let’s be clear. What its critics call critical race theory in schools is just a fancy name to tell the truth about our country’s history. We can be proud of the countless men and women, black and white, who have brought us closer to ourselves through thick and thin. And, there is the dark side, starting with the brutal enslavement of an entire race.

We can plant American flags in our backyards and wave the star-spangled banner, but that’s empty rhetoric if we don’t strive to create a level playing field. “The function of freedom,” said Toni Morrison, “is to free someone else.” This is where we will find the true patriots.

We must not make it a political or cultural war. History is not ours to change or destroy. He is there for us to learn from.

One reason for public debt: the rich and the powerful

This nation, and many others, is enamored with money and power. We have so much national debt that every year our leaders threaten to shut down the federal government unless they vote to extend the debt limit to cover previous expenses.

Political parties blame each other for the debt. Both have lowered taxes for the rich and big business and given them more loopholes to avoid paying taxes, thus increasing the amount of debt even without additional government spending.

Working class people of all colors are truly today’s slaves. We pay the taxes that our plutocracy uses as a piggy bank to get richer and more powerful. The egalitarians in this nation are few in number and lack the power to make changes that would benefit the majority.

In fact, the majority seem to accept what is going on as do most religions. I hope more people will be educated to learn the truth through research and comparison, and not just by following what they are told on social media or on the radio.

West Orange is flooded and collapses

West Orange is falling apart in places. It is also the flood. He qualified for help from the Federal Emergency Management Agency after Hurricane Ida. Flood insurance rates are skyrocketing. We have had elected officials and a zoning board that have ignored all reasonable land use practices for projects that do not belong to the critical ridge lines and steep slopes that strengthen neighborhoods.

Under the administration of former Mayor John McKeon, condominium developers were able to build throughout the city. These developments are experiencing flooding. The Seton Hall Prep sports complex is a particularly egregious example of poor planning. He was granted exemptions to fell a tree, and he too is at risk of falling from the mountain.

It’s still happening. Under the current administration of Mayor Robert Parisi, a CubeSmart self-storage facility received zoning approval to cut a steep slope on Pleasant Valley Way. Another developer, West Essex Highlands, has been cleared to cut 30 acres of ridge trees for 400 apartments overlooking a condo development below.

Building without respecting and following a master plan rewards developers who flee the city, leaving residents to hang on for life.

Note: The author is a member of the board of directors of Our Green West Orange.

Thanks to the Star-Ledger for the recent articles which shed light on the grim actions of the Mayor and Council of West Orange, as they actively enable and support continued environmental degradation and overdevelopment.

The article on the landslide that displaced 45 families, possibly due to the clearing of an old growth forest at the request of Seton Hall University, was a milestone.

Our journalism needs your support. Please register today at NJ.com.