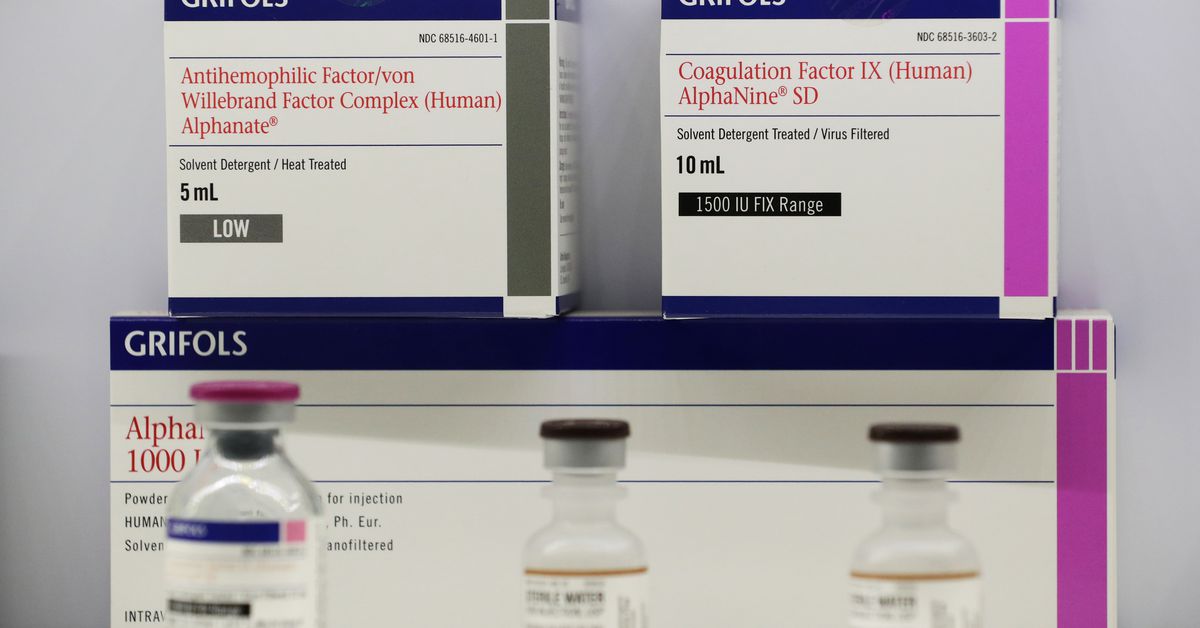 Grifols’ drug is on display at its headquarters in Sant Cugat del Valles, near Barcelona, ​​Spain on May 25, 2018. REUTERS / Albert Gea

MADRID, September 17 (Reuters) – Spanish pharmaceutical company Grifols (GRLS.MC) has agreed to buy a majority stake in Biotest (BIOG.DE) and to make an offer for the remainder of its shares as part of a deal that would value its German rival at 1.6 billion euros ($ 1.9 billion).

Grifols, which manufactures drugs based on blood plasma, announced Friday that it has reached an agreement with Tiancheng International Investment to buy the majority stake of the Hong Kong company in Biotest for 1.1 billion euros. He also offered to buy the remaining shares traded on the Frankfurt stock market.

The Barcelona-based company has agreed to buy 89.88% of Biotest’s ordinary shares which carry voting rights, but which only represent 44.54% of the company’s capital, and an additional 0.54% of the capital in non-voting preferred stock in Tiancheng. .

The agreement “will expand our existing portfolio of plasma-derived therapies and accelerate the development of new products,” Grifols CEO Raimon Grifols Roura said in a statement.

It will also strengthen Grifols’ capacity to collect plasma, a bottleneck for its development, thanks to Biotest’s 26 European plasma centers.