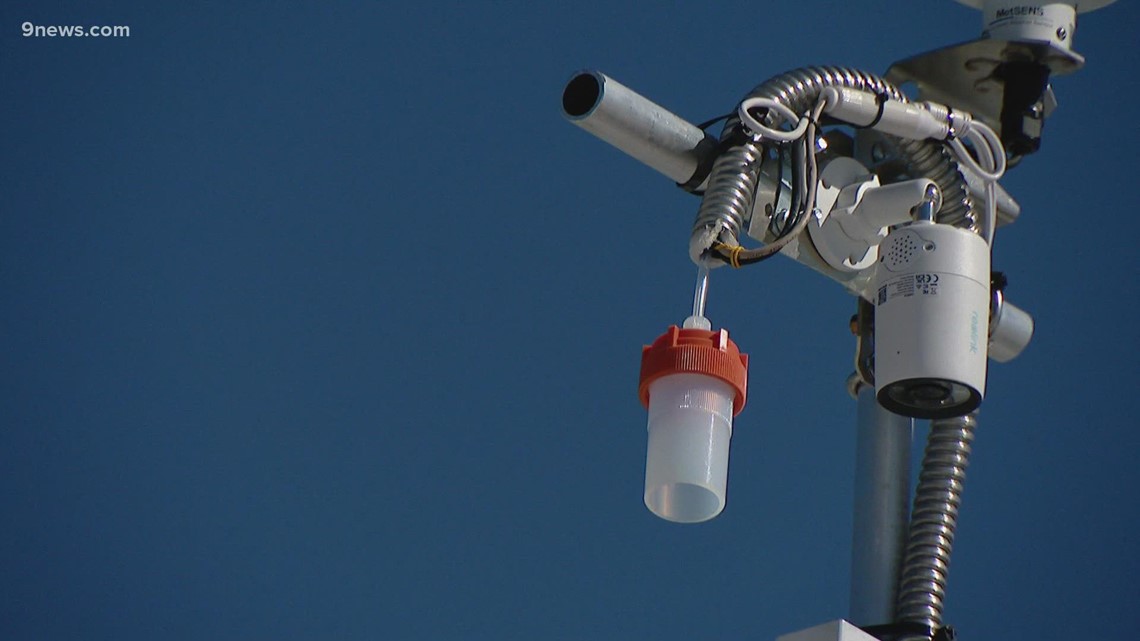 The project is funded by Suncor with money from their $9 million settlement with CDPHE over air pollution violations.

COMMERCE CITY, Colo. — Most people would say no to a giant trailer that constantly beeps when parked in their yard. Not Lucy Molina.

The trailer is a mobile air quality laboratory, placed in the courtyard of Molina by the Cultivando association. They conduct a year-long air quality survey to find out what Suncor, the oil refinery next door, is putting into the air.

The project is funded by Suncor with money from their $9 million settlement with the Colorado Department of Public Health and Environment regarding air pollution violations.

“It smells like rotten eggs in here every day,” Molina said. “Is this normal? No, it’s not normal. We allowed it to become normal.”

A trailer in a backyard may be an eyesore for some, but it shows progress for Molina.

“I hope he tells us the truth,” she said. “And what do we need to protect ourselves from?

Suncor said it is also telling the truth, with its own air quality monitoring that began this summer after community feedback.

They hired a third-party company, Montrose Air Quality Services, to do the job.

“Suncor is not touching this program,” said Donald Austin, vice president of Commerce City Refinery. “We don’t measure, we don’t report, we don’t provide that. I hope that through this people will build trust in this data and understanding.”

“It’s like an insult, honestly,” Molina said in response to the idea that she would trust Suncor. “We don’t trust them.”

Because Suncor has violated public health standards in the past, Molina will review data from its backyard.

RELATED: Commerce City’s Mother Details What It’s Like To Live In A Polluted Neighborhood

SUGGESTED VIDEOS: Full Episodes of Next with Kyle Clark