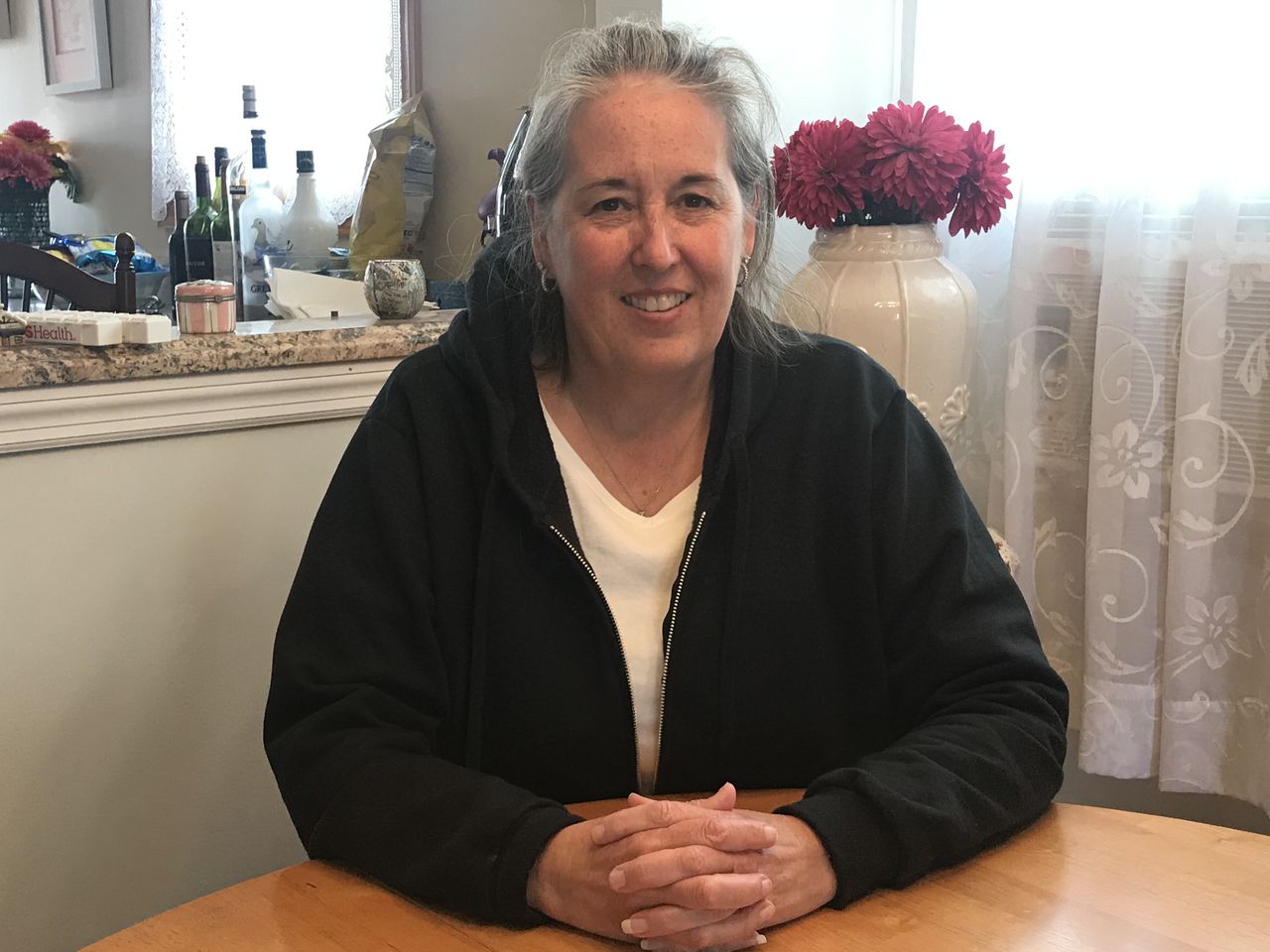 It was meant to be a fun last night to top off a week’s vacation at La Cabana Beach Resort in Aruba in the first week of December.

Instead, a late dinner turned out to be the start of a months-long nightmare for Ginny Duffy. And maybe that’s putting it lightly.

Duffy, who is best known in these areas as a basketball referee for the past 46 years, began to experience excruciating pain inside his left leg during his meal. What made my head itch first was that there was no swelling or discoloration in the affected area.

“I had no idea what it was and it just got worse,” said Duffy, 58. “After a while it was obvious that whatever was going on was going on inside my leg.”

Upon returning from a flight on the morning of December 7, Duffy went straight from the airport to the emergency room at Staten Island University Hospital South and despite a regular regimen of morphine and other medications, nothing was wrong. ‘stopped the pain.

She was transferred to the Ocean Breeze campus of Staten Island University Hospital at 3:30 a.m. and that was the last thing the former city police officer had remembered for some time.

“I don’t remember entering the building (SIUH North)… I don’t remember anything,” she said, still looking surprised. “And I didn’t wake up, technically, until 25 days later. Sometimes my eyes were open, but I definitely wasn’t there.”

In the meantime, doctors diagnosed Duffy with a flesh-eating disease called necrotizing fasciitis (NF) and admitted her to the burn center at SIUH. NF eats your skin, making the patient septic.

Duffy is not 100% sure how the bacteria entered his body, but doctors believe it was waterborne via the resort’s hot tub or pool. They didn’t rule out the ocean either.

Surprisingly, she underwent the first of 14 surgeries within hours of arriving at SIUH North. His surgeries consisted mainly of debridement and skin grafting. While in the hospital, she had to be put on a ventilator and had many tubes attached to her body and there was ultimately talk, according to Duffy, of amputating her leg.

“My condition was serious,” admits Duffy, a Tottenville HS alumnus who played basketball every four years before graduating in 1981. “They didn’t think I was going to make it – just one person. in three (diagnosed with the disease) survive. ”

However, even though she was mostly inconsistent for almost three weeks, she struggled and eventually woke up on December 29. Doctors believe that because Duffy is currently a personal trainer (she works at the YMCA de la Rive-Sud) and in phenomenal shape, it saved her life. .

This revelation, however, did not soften the blow when she learned everything that had happened when she woke up.

“I was horrified. I couldn’t believe what they told me,” said Duffy, who was swollen and also hallucinated upon waking up. “It was incomprehensible to me. I had no idea that I had missed Christmas and I was shocked when they told me the date.

“I’ve had several surgeries by that time – they had to make sure (the bacteria) were gone,” Duffy added, noting the roughly 8×3 inch incision on his leg. “I couldn’t stop crying when I saw him hurt.”

The ‘Miracle’ and rehabilitation

Duffy, who has never missed a officiating season so far this year, said the SIUH Burn Center quickly started calling him “The Miracle.”

“It was a horrible experience. I had been through so much that it felt like I had been to hell and come back three times,” she said. “But little by little, as I tried to walk with a walker and move around (the Burn Center floor), the staff would stop and cheer me. They kept calling me a miracle and this that they made me feel was just amazing.

“I started to feel like I’m going to do it.”

Duffy had her last surgery in late January and on February 11 she was transferred to the hospital’s rehabilitation center. For the next two weeks, the Huguenot native received therapy to stand and walk.

“Right before I went to rehab I started to get really optimistic and once I got there I thought I was going to beat him,” said Duffy, who mostly officiates high school games, but has also refereed college matches. “I just started to feel like I’m going to do whatever it takes and have made significant progress in three days.”

Finally, on February 25, Duffy returned home – nearly three months after she left for her vacation in Aruba on November 30.

“It was a horrible, traumatic and heartbreaking experience for Ginny,” said former referee and current official assignor Fran Mitilieri, who is a close friend of Duffy. “One day you’re on top of the world, in top shape and enjoying your life, and the next you’re fighting for your life.

“For me – and I said this to Ginny, I don’t know if she believes me or not – she is my hero,” added Mitilieri. “And it’s because of the motivation, the determination and the will to live (she exposed), just to get back to normal.

“It’s an incredible story that needs to be told.”

Duffy is “out of the woods” in terms of battling the flesh-eating disease, but continues to return to where she was before she contracted it. She says she now walks four miles a day, but can’t stretch the way she would like.

“It’s embarrassing for me,” she said. “But the good thing is that I improved a lot faster than they originally thought.”

She also received a lot of support, including numerous hospital visits, during her ordeal, but unfortunately the coronavirus has seen those numbers drastically drop for its own good.

“I miss everyone,” she said, noting that her entire family, including her sister Patricia Kelly, had been by her side from the start. “It was such a traumatic experience and everyone is scared (to stop now) from COVID- 19, but being isolated makes things 3,000 times worse as I recover.

Duffy is an advanced intermediate skier who has been hitting the slopes for 25 years. She plans to make her return to the mountains and also expects to officiate next season.

“(Doctors say) yes I will be able to ski and train, but I don’t think I’ll be 100 percent,” admitted Duffy, who said his days on double black diamonds were probably over. “I miss everything. About officiating too – I love it, it’s my passion. I miss the kids, my fellow umpires and just the camaraderie.

“(My advice to others is) to live each day as if it were the last. Cherish it and have faith, ” she added. “Life is precious.”

Very few, if any, know this better than Duffy.