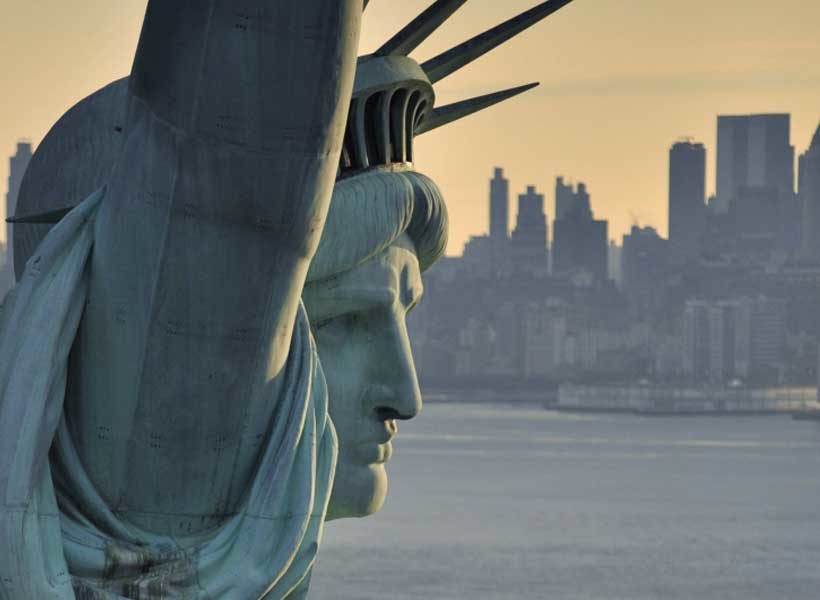 There are many surprising paradoxes and analyzes that must be stopped when analyzing the US Democracy Summit, foremost among which is the inclusion of the â€œInternational Institute for Democracy and Election Aidâ€ in November 2021 of the United States of America for the first time in the list of â€œdeclining democraciesâ€. There are several reasons for this, including: the spread of racism within American society, the famous incident of the murder of the black American citizen “George Floyd” by a white policeman in front of the eyes of the citizens, who also reminds us ( the situation of political polarization of the Democratic and Republican parties and the division of American society), and the growing suspicions of former President “Trump” and his supporters over the results of the 2020 presidential elections, which led to the assault by ‘Trump’ supporters on the US Congress building, in addition to the violent international backlash against the United States of America, given this haphazard and unforeseen withdrawal from Afghanistan, and what resulted with human rights violations and the fall of Afghan citizens stranded in planes at Kabul airport after the “Taliban movement” took control of the government, and the emergence of (a state of great political vacuum and unprecedented i internal and regional chaos in the region surrounding Afghanistan and the world).

The United States of America has carried out (the program of rehabilitation of the Arab and Islamic world within the framework of the project of the Greater Middle East through political, economic and social reforms, through an interventionist policy based on the focus on internal conditions in Arab countries). A particular focus began on the link between extremism and violence and the lack of political freedoms, levels of education, human rights and women’s liberation. Here, we can follow the day before American and Western research centers and my personal academic analysis of the content of the political statements and speeches of successive American administrations of American presidents, concerning the Middle East, its themes and its agenda, and the marketing of concepts, such as: (political reform, civil society, freedoms, human rights, democracy, equality, women’s liberation)â€¦ etc. There is no doubt that these results reflect an unprecedented American intervention to reshape the region on American foundations to shift the “Greater Middle East Project and Preserve Israel’s Security” which was to redesign and reshape the region on new foundations that suit the needs of the United States. American interests in the countries of the region, and thus guarantee the interests of its ally Israel.

As a result, we find that there are differences between the American vision for democratic change in the Middle East, which has fundamentally not been the subject of general consensus within the United States of America. themselves, but rather came as an expression of a leadership, which is (that leadership which sees that the absence of democracy in the region will essentially help to create an environment conducive to the growth of extremism, violence and terrorism), and therefore the elimination of these phenomena largely depends on the diffusion and strengthening of democracy in the countries of this region, a trend which has found its supporters on the conservative right in the US administration.

On the other hand, there are other trends that have a different point of view from the previous trend, and among these trends is the trend that sees (the holding of elections in the countries of the Middle East, especially in the Arab world, will bring more reactionary and anti-Western regimes than the current regimes). Therefore, this trend sees that the United States of America should not push for democracy in the Arab world and the region, for fear of the escalation of regimes hostile to Israel and the interests of Washington when it s it is about taking power.

– And here I can present the results of the opinion poll of the “International Policy Attitudes Program” in the United States of America, which conducted an opinion poll on a sample of American society towards (the American vision of the diffusion of democracy), and the results arrived:

1) The majority of people questioned within American society (opposing the spread of American democracy by military force), whether they have just overthrown dictators or threatened countries with the use of force army if they do not implement democratic reforms (66% of the opinion that the disadvantages of these policies outweigh the advantages, against 21% saw the opposite).

2) The majority of the two main parties in the United States of America, namely: (the Republican and Democratic parties), confirmed that building democracy was not a sufficient reason for the war against Iraq ( 74%) and (Iraq’s experience made Americans less supportive of using military force to enforce democracy).

3) Most American respondents were (not convinced that when there are more democratic countries the world will be safer), while only 26% expressed their belief in this assumption. Opinions of American citizens were divided as to whether (democracy would reduce support for terrorism, or whether democracies would be less likely to go to war, or more likely to be friends with the United States).

4) Here we find that (the majority of members of American society believe that supporting democracy should be an objective of American foreign policy, but it is not a top priority). She supported the application of a pragmatic approach and the use of diplomatic and cooperative means to spread democracy and to oppose it (the use of punitive means as a means of putting pressure on countries to become more democratic).

5) The great irony for me, both academically and in research, is that a large majority of members of American society are still (prefer to work through the United Nations for the Promotion of Democracy, and believe that the goal of the United Nations should be to support democracy in the world).

– In this context, we can present to the American administration a framework for action on the question of democracy in the Middle East, based on the following foundations and indicators:

1) The existence of different models of democracy, and therefore (the democratic process does not necessarily have to follow a specific model), because there is no single model that can be followed.

2) Elections in the Middle East do not create democracy on their own, so it is important that (elections accompany the development of civil society).

3) Democracy needs a time which can reach decades or even generations, and the diffusion of democracy and its values â€‹â€‹in the Middle East needs (education and knowledge, economic modernization, responsible and independent media, and support women’s rights).

4) Also, although democracy can be encouraged from the outside, (it is better to build it from within to survive).

Thus, we find that there is a difference in vision of democracy between the United States of America even within the American interior, and the countries of the Middle East, due to the absence (of a ready-made democratic model or a unique model for democracy that can be invoked and presented to the region). We can observe and infer it, when we know that (the real reason for the spread of terrorist acts in Iraq and Afghanistan is the rejection of the American presence there). And if American administrations push the democratization process in Arab countries, as happened with the failed Arab Spring revolutions, there is a strong possibility that (all governments elected according to the American vision will become less cooperative with the United States of America as authoritarian regimes in the region), which will threaten American and Israeli interests themselves. This puts Israeli security at serious risk.

Is It Time To Consider Buying Sobha Limited (NSE: SOBHA)?