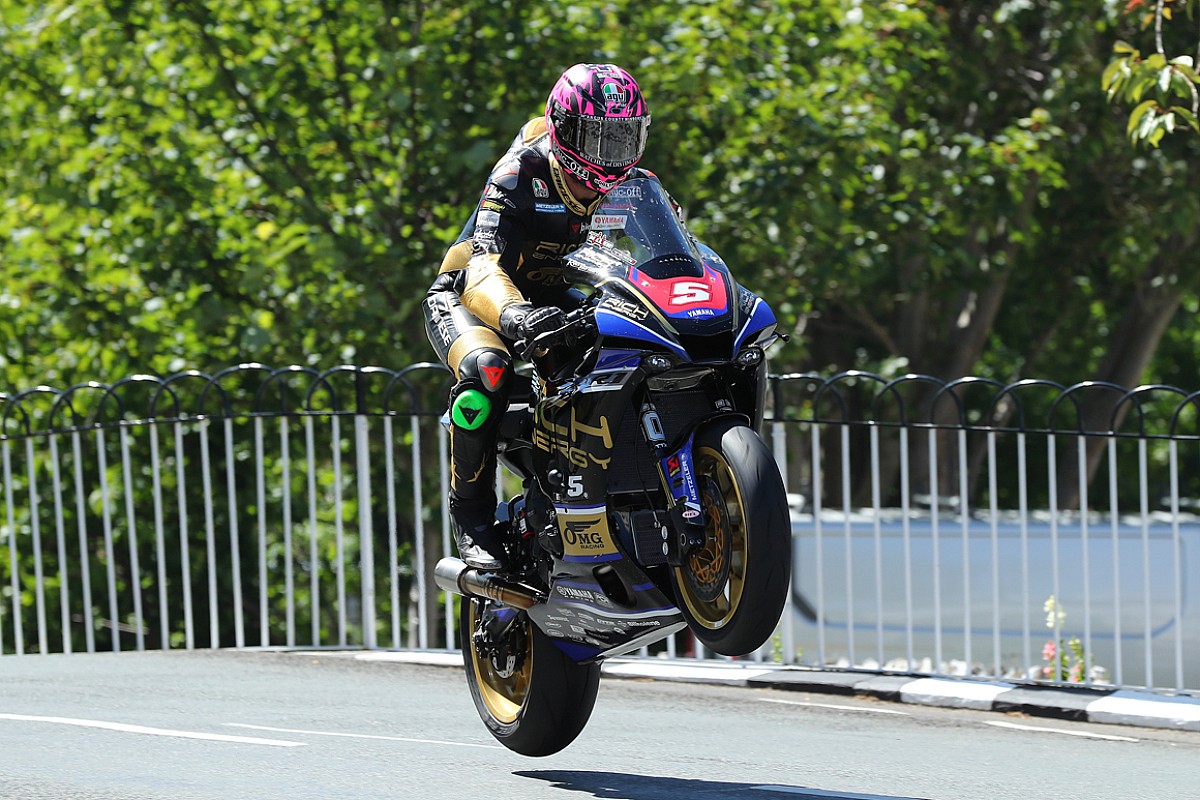 On Sunday, July 17, a Rich Energy statement from Storey was posted on social media announcing the sudden termination of his title sponsorship deal with OMG Racing.

It came as a shock as OMG – a Yamaha team from BSB – currently lead the standings with Bradley Ray, while this year they have expanded their racing plans to include the Isle of Man TT with James Hillier and David Johnson (although the latter was forced to miss the event due to injury).

Posted on Rich Energy HQ’s Twitter feed, the statement read: “Rich Energy would like to thank OMGRacingUK for their work over the past two years, but the entire deal is now complete. Rich Energy is expanding its portfolio in many areas, including sports.

This is one of many active Rich Energy social media accounts, but it is unclear who the admin is behind the user who posted this statement.

The social media backlash on this announcement was significant, with OMG Racing opting to remain silent as they drafted their own statement on the matter.

The deal between Rich Energy and OMG came to fruition in February 2020, when the team announced a ‘multi-million pound’ deal with the brand to be its title sponsor in BSB and for its expansion into road racing .

It came about six months after the split between Rich Energy and Formula 1 team Haas, which began in June 2019 ahead of the British Grand Prix.

A tweet from the company’s official Twitter account by what was described as a ‘rogue individual’ and believed to be Storey himself, claimed the deal with Haas was terminated due to poor results .

Rich Energy shareholders tried to keep the deal in place and the company decided to clarify its positions, before Storey again used the company’s official account to claim a coup was being staged against him.

By September 2019, Haas’ deal with Rich Energy had been completely terminated, while the company itself lost a copyright infringement case against bicycle company Whyte Bikes for plagiarizing the latter’s logo. .

An OMG team representative in February 2020 told Motorsport.com the team did their due diligence on Rich Energy when the ‘long-term’ deal was announced, following the Haas debacle. .

At the time, team owner Alan Gardner said: “We are well aware of the previous controversy related to Rich Energy.

“However, William Storey and the team at Rich Energy have been very transparent in their business dealings, to give us complete confidence in our partnership moving forward.”

Although that seemed to ring true in the year and a half since the deal was announced, Storey has once again become the center of controversy.

Following the initial announcement on Twitter that Rich Energy had terminated its deal with OMG Racing, Storey told Superbike.com that Rich Energy’s own due diligence on the team “unveiled some rather disturbing facts” at the following apparent renegotiation talks last November.

He went on to claim that OMG had been informed that the deal was coming to an end but would run until the end of the BSB season in October and alleged that the team “acted in bad faith to many times”.

OMG Racing said Storey’s comments on the Superbike.com interview were completely incorrect and released their own statement on Wednesday July 20 clarifying their deal with Rich Energy.

In fact, the owners of the Storey and Rich Energy brands never sponsored OMG Racing, with the money instead coming from RichOMG Limited – which is the worldwide rights holder for the sale and distribution of the energy drink.

In the statement, OMG Racing says it has obtained assurances from RichOMG Ltd that its current sponsorship arrangements “remain firmly intact”.

The full statement reads: “Following certain social media posts, press interviews and publications over the past few days, the Rich Energy OMG Racing team would like to make a statement of facts regarding the sponsorship of the team in the Bennetts British Superbike Championship (BSB).

“Rich Energy OMG Racing is not and has never been sponsored by William Storey.

“Rich Energy OMG Racing is not and has never been sponsored by the owners of the Rich Energy brand.

“This sponsorship agreement was established in March 2020 ahead of the 2020 BSB season and remains firmly in place at this time.

“The sponsorship also extended to supporting the team as they compete in the Northwest 200 and Isle of Man TT races in 2022.

“Following discussions with RichOMG Limited earlier this week, the Rich Energy OMG Racing team have been assured that all other existing sponsorships that have been undertaken by RichOMG Limited also remain firmly intact and paid for.

“These include the British Mini Bikes (BMB) Championship, True Heroes Racing, Tim Reeves, Billy McConnell, Dom Herbertson, plus the Chasin’ the Racin’ and Off Track podcasts.”

Storey says he is pursuing adventures in top-level single-seater racing (many F1 returns have been widely rumored over the past couple of years) and MotoGP, although that all seems unlikely.

Rich Energy is sponsoring BTC Racing in the British Touring Car Championship in 2022, with the deal directly with Storey.