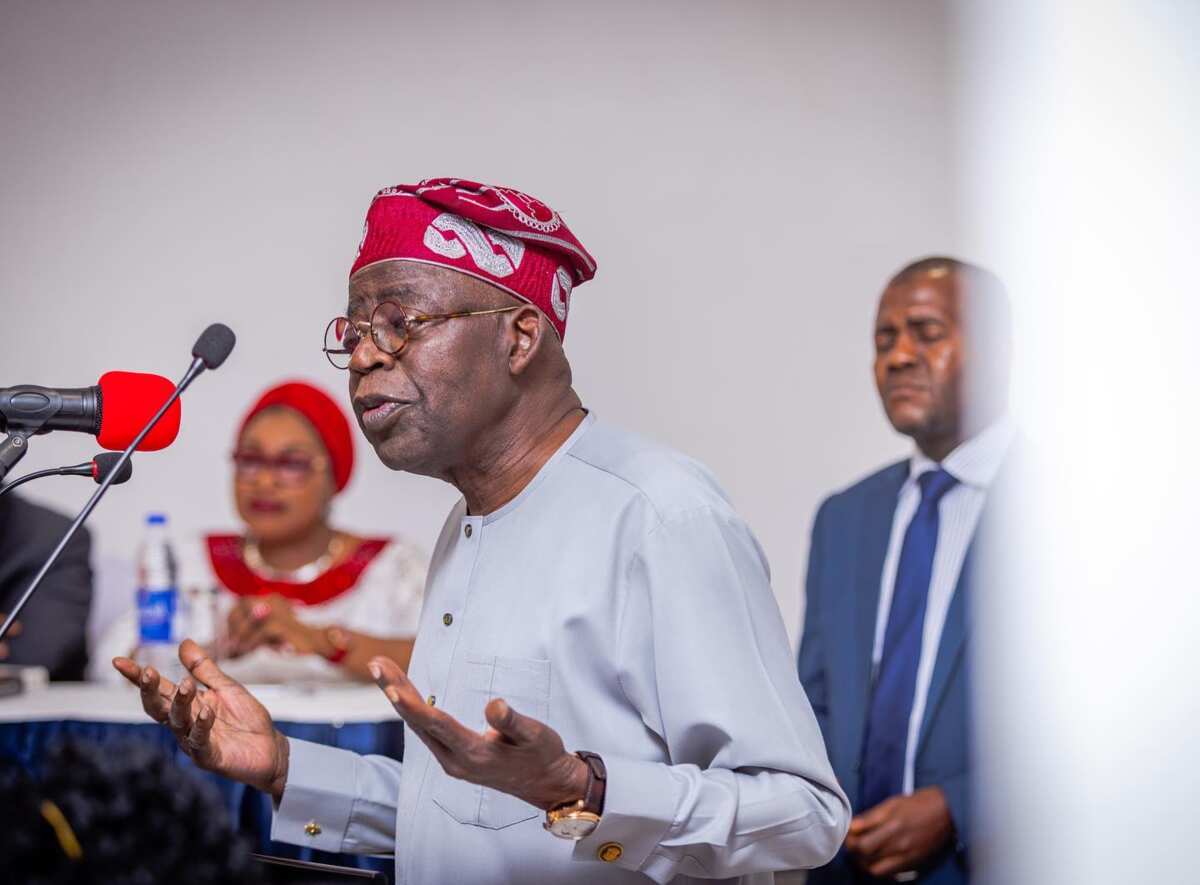 FCT, Abuja- Asiwaju Bola Ahmed Tinubu, the All Progressives Congress (APC) presidential candidate, has reacted to trending documents linking him to drug trafficking and money laundering in the United States.

On Tuesday, November 8, some documents that allegedly indicted Tinubu for drug trafficking and money laundering in the United States resurfaced on social media.

Bola Tinubu has not been charged or convicted of drug trafficking, according to Fani-Kayode

Some claim that the documents were released by the United States District Court for the Northern District of Illinois.

The documents say Tinubu faced narcotics charges in the United States and lost up to $460,000 to US authorities in 1993.

New allegation of involvement in the drug trade dead as a dodo, Tinubu reacts

On Tuesday night, Tinubu responded to the resurfacing trend allegation through his campaign’s director of media and publicity, Bayo Onanuga.

He said the new allegation of his involvement in the drug trade was “dead as a dodo”, adding that the “carcass of the drug allegation in America” ​​was “buried in 1993”.

Onanuga said the attempt to bring the allegation back failed in 2023 and again in 2022, when “opponents thought it was lethal enough for the APC to disqualify Tinubu from the race”.

“It failed spectacularly and Tinubu won the primary with a landslide.

“The muckrakers are back with the same story, disguised as a ‘certified copy’ of the US court,” the statement on the Tinubu/Shettima campaign website said.

The statement states that Onanuga had read the new document and dismissed it as the same old tale.

“It’s as dead as a dodo,” Onanuga reportedly said, also referring to a section of the campaign’s FAQ manual that addressed the allegation.

Read the official reaction to the allegation from Tinubu-Shettima’s presidential campaign below: FAQ:

“One of the unconscionable and vicious lies peddled by political opponents about Bola Ahmed Tinubu was to portray him wrongly as a drug lord.

“The charge arose out of an investigation by FBI Agent Kevin Moss of the Tinubu and Compass Investment and Finance accounts at First Heritage Bank and Citi-Bank in the United States.

Presidency 2023: APC speaks out on the true position of the United States regarding Tinubu’s drug trafficking allegation

“On January 10, 1992, Mr. Kevin Moss sought and obtained a court order to freeze the accounts.

“On January 13, 1992, Mr. Moss telephoned Tinubu in Nigeria to substantiate the amounts in the accounts, which amounted to $1.4 million. Some of the money was allegedly deposited by two Nigerians, making the under investigation for drug-related offences.

“After the phone conversation, Tinubu instructed his lawyer in the United States to file a lawsuit against the order freezing his accounts.

“This dragged on until September 15, 1993, when an agreement was reached for an out-of-court settlement. Judge John A Nordberg of the United States District Court for the Northern District of Illinois read the agreement reached by both parties Part of the funds, $460,000 was seized by the government.

“The FBI has never charged Tinubu with a drug offense; the case has not gone to trial. Tinubu has never been convicted. And he has never been barred from entering the United States- United.

Election 2023: 3 cases which justify that Tinubu does not attend any presidential debate

“In 2003, ten years later, when opponents of the PDP wanted to use the closed allegation to disqualify Tinubu from running for a second term in Lagos, the Inspector General of Police, Tafa Balogun, made an inquiry to the US consulate on Tinubu’s status.

“The Consulate issued a clean bill to Tinubu in a response from Legal Attaché, Michael H. Bonner.

“Our heartfelt greetings to you and all law enforcement personnel of the Nigerian Police, whose continued assistance is much appreciated. With regard to your letter of February 3, 2003, reference number SR. 3000 /IGPSEC/ABJ/VOL.24/287, regarding Governor Bola Ahmed Tinubu, a federal government records check

The National Crime Information Center (NCIC) of the Bureau of Investigation (FBI) was conducted.

“The results of the checks were negative for any criminal arrest file, request or warrant for Bola Ahmed Tinubu (DDN March 29, 1952). For your department’s information, the NCIC is a highly centralized information center that maintains records of every criminal arrest and conviction in the United States and its territories.

Presidential debates: You can run but not hide, Atiku’s assistant tackles Tinubu

Nearly thirty years after the allegation was dismissed and the case declared dead, Tinubu’s opponents continue to awaken his corpse, in futile efforts to slander him.”

In another report, Tinubu met on Tuesday 8 November with a former military head of state, Ibrahim Babangida.

The former Governor of Lagos State met Babangida at his hilltop residence in Minna, the capital of Niger State.

During the meeting, Babangida asked Tinubu if his team allowed him to have enough rest needed at his age.