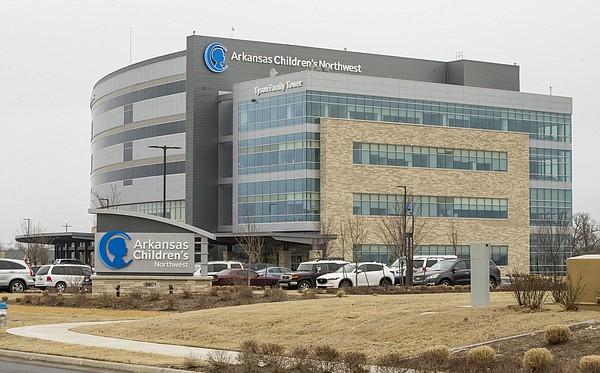 
A University of Arkansas system administration committee on Wednesday approved a $ 13.6 million land purchase agreement for approximately 31.2 acres near Interstate 49 in Springdale, which will be used as a site for a new orthopedic and sports medicine center.

In March, the full board approved construction of a 185,000 square foot University of Arkansas orthopedic facility for medical sciences, with some directors describing the $ 85 million project as worthwhile. to recruit Razorback athletes.

The land purchase site, just south of Arkansas Children’s Northwest Hospital, is approximately 7 miles north of the University of Arkansas, Fayetteville campus and in an area described Wednesday by the Chancellor of the ‘UAMS Cam Patterson as becoming a “medical corridor” for the region. The pediatric hospital opened in 2018.

UA-Fayetteville announced in March an agreement for UAMS to provide daily medical coverage to the more than 465 athletes in the sports program. At a board meeting in March, Steve Cox, a director and businessman from Jonesboro, called the planned orthopedic facility “a great recruiting tool for the athletes we recruit.”

The purchase of the land was approved by the Buildings and Land Committee of the University of Arkansas System Board of Directors on Wednesday. Director Ed Fryar, a poultry entrepreneur from Rogers, recused himself before the vote on the land deal. Committee members voted unanimously in favor of the purchase.

Ahead of the vote, a UAMS official told administrators that further expansion of the university is planned in the region.

“We will be bringing to the board at an upcoming meeting additional leases in the Northwest Arkansas region for our research platform and also for our clinical awareness in behavioral health,” Christina Clark, UAMS vice chancellor for institutional support services and chief operating officer said Wednesday.

UAMS has its main campus in Little Rock and in 2007 opened its regional UAMS Northwest site in Fayetteville. Earlier this year, trustees approved the creation of a three-year medical degree program based in Fayetteville.

Clark said Wednesday that “we don’t have enough space” on the Fayetteville campus, responding to a question from Administrator Ted Dickey about the land deal. Dickey, a real estate fund manager, described the size of the purchase as “more land than we need” for the orthopedic site.

In January, UAMS considered involving third parties in the construction of the orthopedic center and then entering into a rental contract.

Those talks “eventually fell apart,” Clark said in a telephone interview on Wednesday, but the site chosen is the same one identified earlier.

She said a private investment firm involved in the previous talks, Little Rock-based Natural Capital, “had the property assigned to it by the owners.” The owner as indicated in the deeds is Claypool Farm LLC.

Clark said the land allocation is now shifting from natural capital to UAMS with the deal approved by the committee on Wednesday. Natural Capital will receive approximately $ 26,000 to cover its costs in exchange for UAMS ‘participation in the contract.

“We will buy it directly from Claypool Farms, and Natural Capital is not in the deal,” Clark said, adding that the purchase price of about $ 13.6 million had been negotiated by UAMS.

The 31,178-acre site was appraised by real estate appraisal firm Newmark Knight Frank as having an “as is” market value of $ 14.1 million, according to an appraisal document provided by UAMS to the ‘Arkansas Democrat-Gazette. The assessment noted that recent development nearby includes Highlands Oncology, a medical site. There is also construction near an office building for Arkansas Blue Cross and Blue Shield.